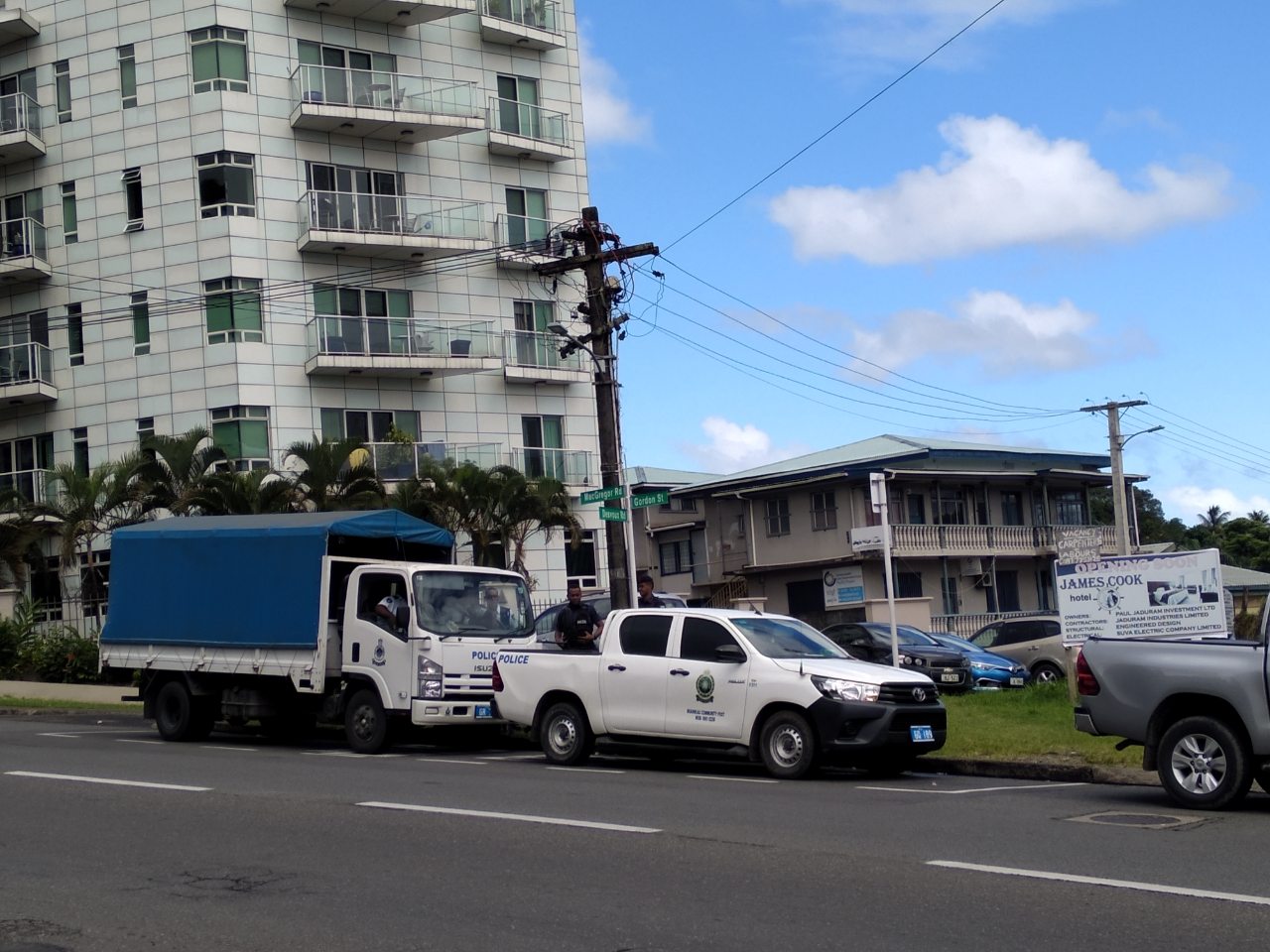 Police officers in their vehicles parked on Gordon St opposite the FTUC headoffice. Picture: AQELA SUSU

POLICE officers are still on standby at the Fiji Trades Union Congress headoffice in Suva.

FTUC officials have confirmed that former workers of the Water Authority of Fiji whose contracts came to an end on April 30 are filling in their grievances forms, which would then be forwarded to the Employment Ministry.

About three four-wheel drive vehicles belonging to the Fiji Police Force and a Police truck filled with officers in uniform are parked opposite the road from the FTUC office.