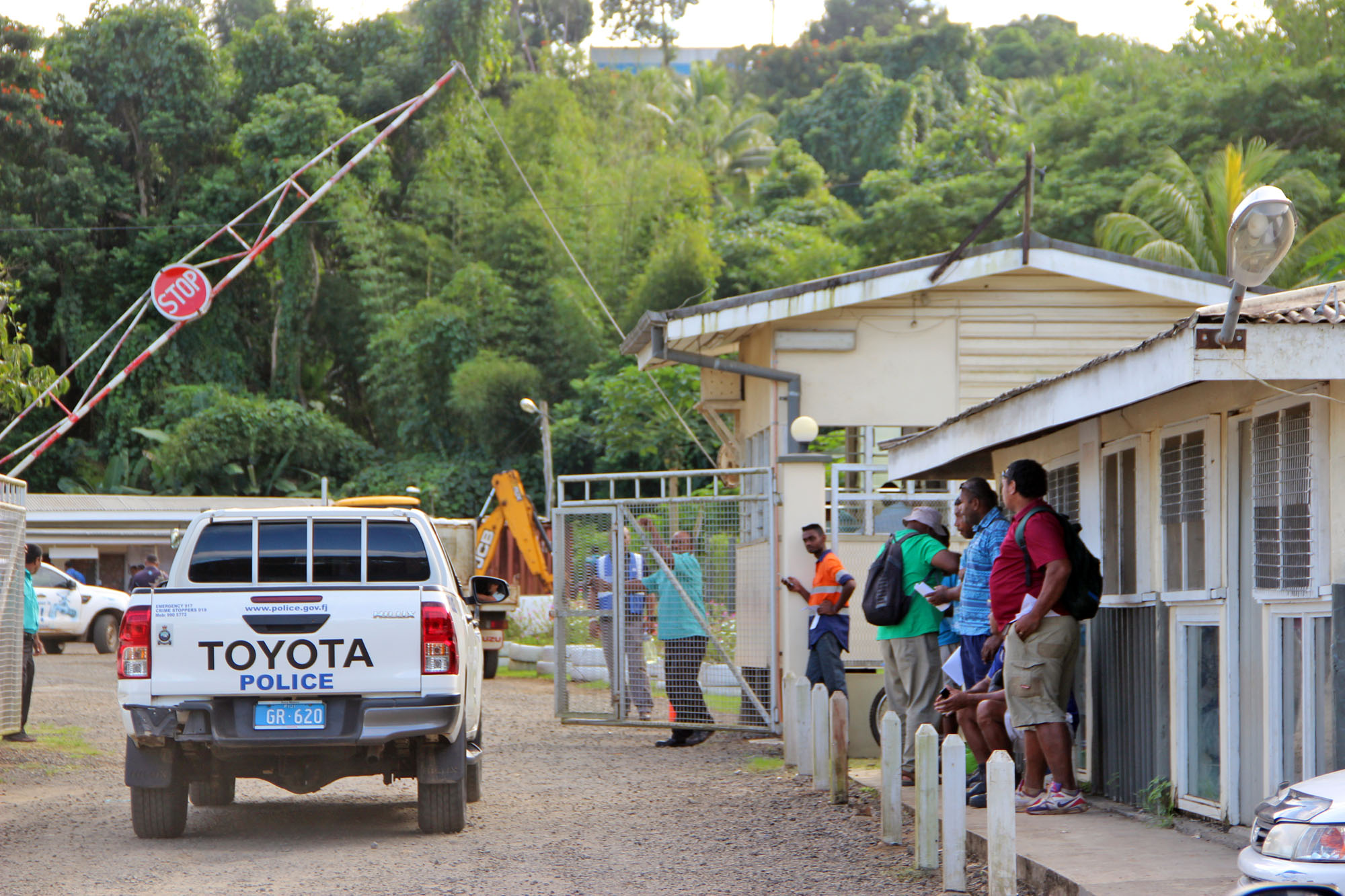 A Police vehicle at the gate to the WAF depot in Labasa on Thursday, May 01, 2019, as redundant workers stand on the right side, not allowed inside the premises. Picture: SERAFINA SILAITOGA

WORKERS’ unions should stop using the word terminated when discussing Water Authority of Fiji (WAF) Depot workers who have been laid off, a statement on the organisation’s website said.

While WAF chairman Bavesh Kumar Patel did not respond to questions sent to him by this newspaper, the website statement stated workers were given a reminder on April 1 that their contracts would end on April 30.

However, this statement of an April 1 notification was refuted by workers during a meeting with WAF executives in Suva on Tuesday afternoon.

WAF also said that over 500 people applied for jobs advertised in the past two days.

General manager legal Talei Ligairi said the term of employment for the workers had come to an end.

“Termination on its own can be misinterpreted as it can also refer to someone being fired,” she said.

“This is not the case here.

“My plea to the temporary workers who are relying on the bad advice from unions is to please seek advice from independent sources, lawyers and even our HR team.”

“Police officers went in and explained to the people gathered inside that this was incorrect and they subsequently agreed to move outside the complex.”

She also said that on Tuesday, WAF management had met with employees to clarify the fake news that unionist, Felix Anthony and his union had spread, originating from a fake Facebook page.

“Our HR team was present with management at the meeting yesterday to give information, answer questions and take job applications.

“Many of those who attended the meeting applied for jobs on site.”

The statement quoted WAF board chairman Bhavesh Kumar saying WAF advertised for temporary workers to be a part of upcoming projects around Fiji and this had been practised for many years.

“Many of the temporary workers whose contracts have expired are well aware of how things work, and instead of being misled by the union to protest, are actively applying for positions from all locations around the country,” he said.

“The union is going around harping on about unhappy workers, but the high numbers who have applied indicate that many of them have not been fooled by their false information.”