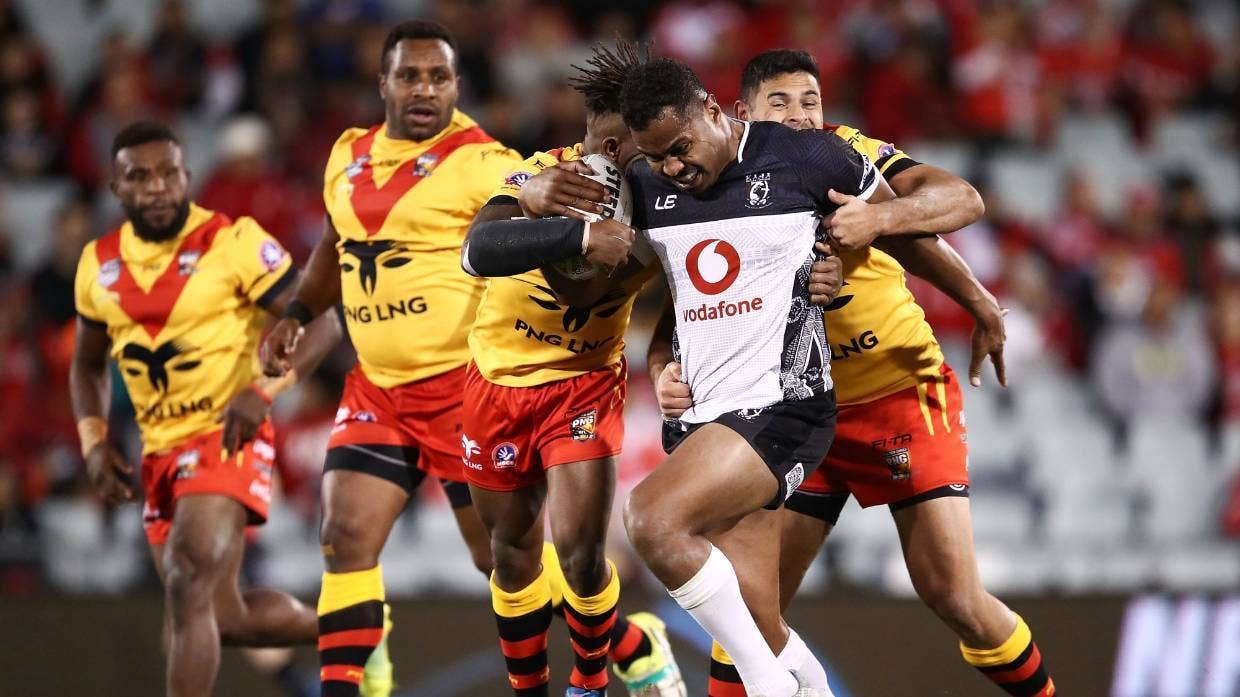 King Vuniyayawa, pictured playing for Fiji in 2018, has signed for the Leeds Rhinos after leaving the Warriors. Picture: STUFF SPORTS.

Fiji Bati forward King Vuniyayawa, who has three Test caps, is hoping to press his claim for a place in the Fiji National Rugby League squad to the Rugby League World Cup later this year in England.

This was after the Fijian Test forward signed a one-year deal with the Leeds Rhinos Club for the 2021 season which is due to start in March.

Stuff, a New Zealand news service, reported that Vuniyayawa has found a new home in Super League after being released by the New Zealand Warriors after his maiden NRL season last year.

The 25-year-made his NRL debut for the Warriors in round one of the 2020 season, but played just five games.

He was among a group of four players who chose to leave the Warriors’ Australian training base last July to return to Auckland to be with their families.

Vuniyayawa said he was “excited and grateful” to be joining the Rhinos and was “just looking forward to playing footy again with all the Covid-19 stuff hanging around”.

“I would like to thank Leeds coach Richard Agar for giving me this opportunity,” Vuniyayawa said.

“He made the decision even easier for me to come over to play in Super League. I know Leeds have an extremely strong pack, I can’t wait to meet the boys and rip in.”

Coach Agar said Vuniyayawa would be an asset for the Rhinos as a replacement for Wellington-born former NRL prop Ava Seumanufagai.

“I am looking forward to having King in our group. He has had to work hard to get to where he is in the game and his determination is something that appealed to us,”‘ Agar said.

“He has been a good performer in lower grades for the Warriors and performed well when he made the breakthrough to the NRL. “At his age and position, we think he is a player with plenty of potential in him.

“He carries the ball hard, has some real sting in his defence, and has good athleticism for a big guy.

“On a one-year deal, with a Rugby League World Cup at the end of the year, and having spoken with King, we know we are getting a highly motivated player.”

The FNRL believes the Fiji Bati squad to this year’s RLWC would be the strongest produced by Fiji.