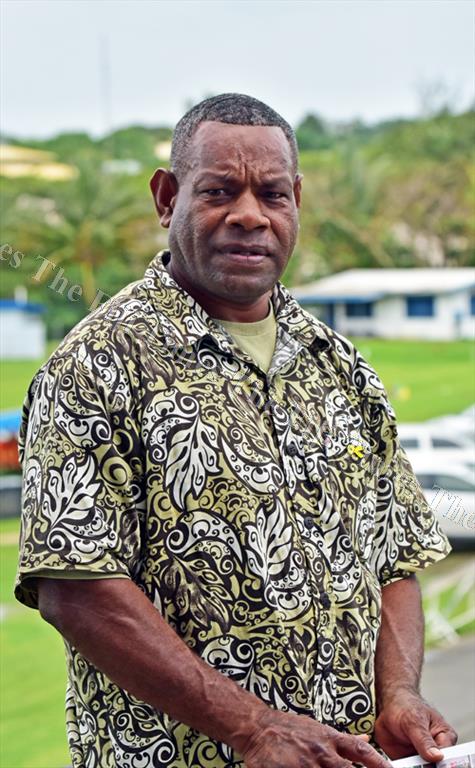 WITH a helping hand to kick start his life in the outside world, former prison inmate Jekope Vukivou has never looked back.

The 41-year-old Nailega villager from Wainibuka was incarcerated for a period of five years in 2012. In January 2017, he was released and lucky for him a prison church pastor gave him a piece of land at Natoaika in Naitasiri to farm.

“When I was released I felt lost because my wife ran off with another man whilst I was in prison and my seven children were left with different relatives to look after,”Mr Vukivou said.

“That piece of land that was given to me was my only hope to kick start things and yes, within one year of toiling the land, I can say I have reaped the rewards.”

Mr Vukivou is a small-scale farmer growing a variety of vegetables and crops and sells them at the Nausori and Suva markets.

“I grow cabbages, lettuce, tomatoes, carrots and other vegetables and for root crops I grow cassava and dalo.

“Most of my produce is taken to the market or I have people that come to buy directly from my farm here at Natoaika.”

Mr Vukivou said he had learnt a lot about farming and managing his finances while he was in prison and it has come in handy while out of prison.

“I have managed to build my house in Nailega Village with the proceeds from my farm in Natoaika and I know I can achieve a lot more if I put my heart and soul in to it.

“Despite the setbacks upon his release, Mr Vukivou said he was fortunate to have his wife back home with him.

“My wife decided to come back to me and I have welcomed her with open arms because like me, we are not perfect, we are only humans and we all make mistakes.

“My aim now is to try and get my seven children back so we are together in one place and I am doing my best to prove to them that I have changed and I want to be their father.”

Mr Vukivou said he was not sure how he would cope with life outside when he was released last year but he was grateful everyone he met had been very warm and welcoming towards him.

“I think it is just me as an individual who needs to change and not have low self-esteem because I keep thinking members of the community do not accept me because of my past.

“Despite that fear I had in me when I first came out, I was mentally prepared and ready to handle what the community in the outside world dished out to me.”

Mr Vukivou said inmates who were due for release soon should have the right mind-set and be prepared mentally when they come out because if not, they will reoffend and the cycle continues.