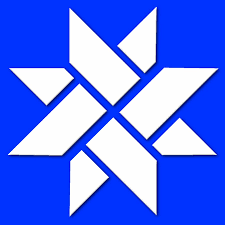 EVERY law that diminishes or weakens the rights of indigenous people will be repealed and removed, says Social Democratic Liberal Party candidate Kitione Vuataki.

Speaking to more than 500 people at a rally in Lautoka on October 24, he claimed the laws enacted by the present administration had been done without discussion or consultation.

“Now there are about 27 that are targeted at the indigenous people, that will be repealed and removed where our rights have been weakened, diminished or taken away,” he said. Mr Vuataki, a lawyer, said details about the laws in question could be found in the SODELPA manifesto.

“Page nine (of the manifesto) talks about the review of laws that diminish and extinguish our rights, otherwise known as sunset clauses or sunset decrees or sunset laws.

“These have been passed without consultation with the iTaukei people as they are known by the present law.”

The Lautoka lawyer cited the Surfing Areas Decree, Fijian Affairs Act and legislation which suspended and abolished the Great Council of Chiefs (GCC) as examples.

“We will have a new revamped Great Council of Chiefs in place by law.”