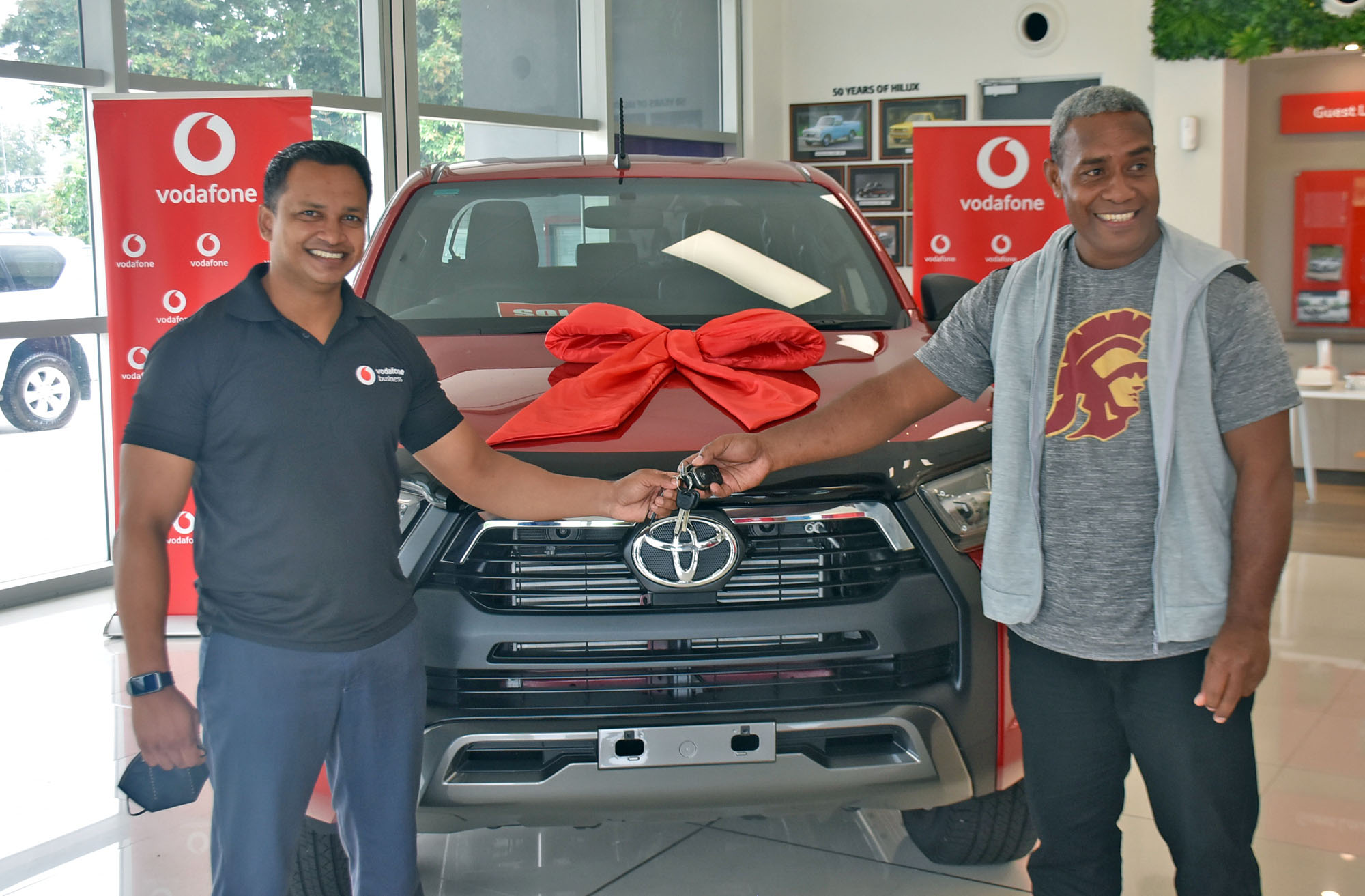 Vodafone chief marketing officer Rajnesh Prasad handovers the key to the winner of the Vodafone Hilux txt promotion, Laisiasa Vuanibakarua during the handover of the vehicle at the Asco Motors showroom in Nabua, Suva on Wednesday, February 02, 2022. Picture: JONACANI LALAKOBAU

Vodafone Fiji handed the keys to the 2021 Toyota Hilux to Laisiasa Vuanibakarua after he was announced the winner of the promotion.

Chief Marketing Officer Rajnesh Prasad said the vehicle was worth an estimated $91,000.

“We usually do annual text and win promotions but I think because of the pandemic for the last two years, we were not able to do a lot of promotions,” Mr Prasad said.

“Nevertheless, I think in the last festive season starting in the month of November 2021, we started with this text and win promotion which was greatly awaited by our customers.

Mr Vuanibakarua said he felt proud and excited to be handed the keys for the vehicle.

The father of three worked as a machine operator in Lautoka.

According to Mr Vuanibakarua, he had texted 30 times to participate in the draw.

Read more on this story in tomorrow’s edition of The Fiji Times.