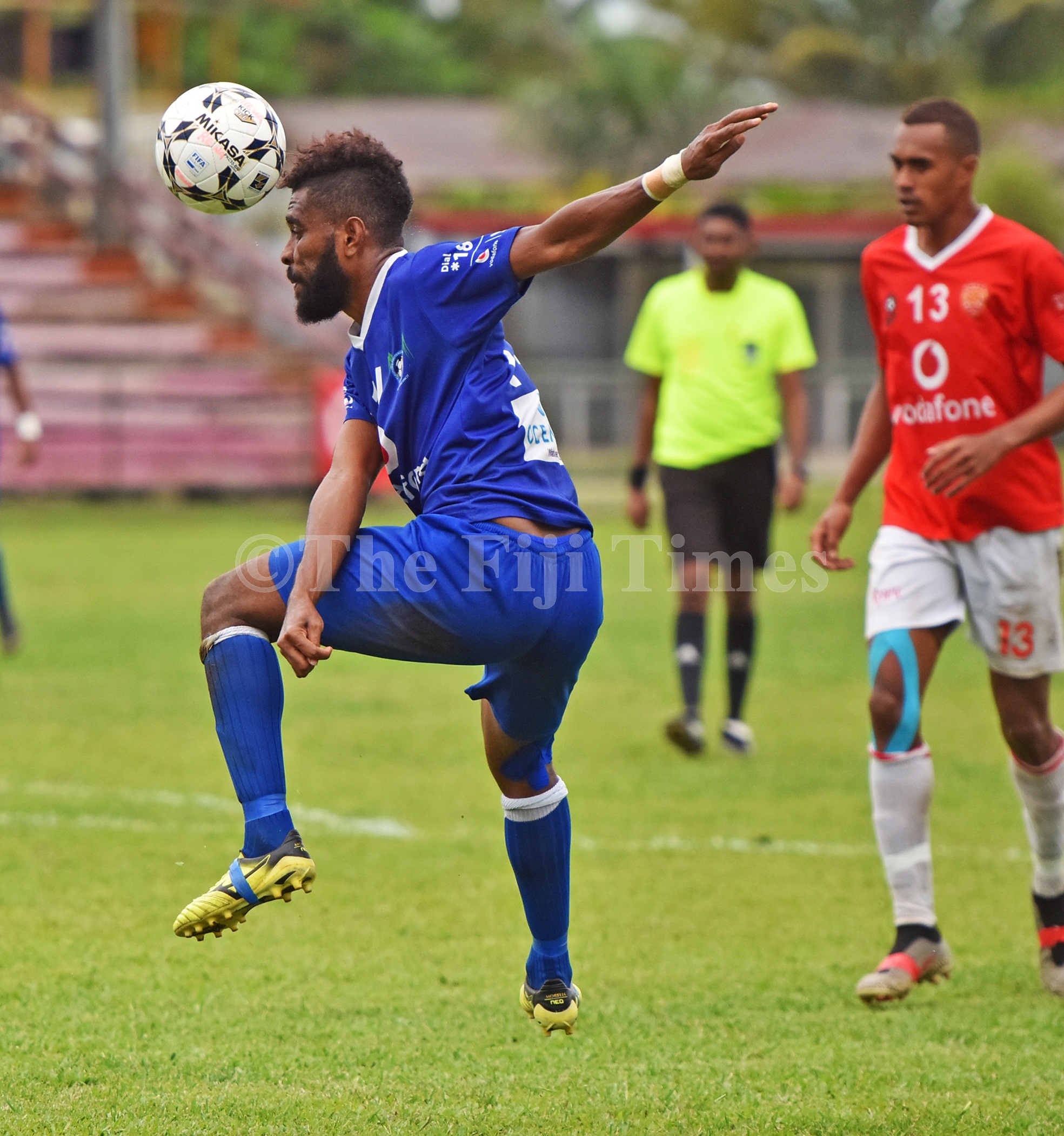 Samuela Drudru of Lautoka controls the ball against Rewa during the Vodafone Premier League at Ratu Cakobau Park. Picture: RAMA/FILE

The Lautoka football team is taking a low key approach in its match against traditional champions of local football, Ba.

“Preparation is not that good but we are trying our level best. We know that Ba is a very good side. Despite the departure of some key players, Ba still managed to beat a good Navua outfit,” said Shalendra Prasad.

The president of Lautoka football association who is concerned said “Since the easing of some sporting restrictions, it will be our first game. There will definitely be ups and downs in the team regarding the combinations.”

Prasad is wary of a youthful Ba side, which beat the Koromakawa Rentals sponsored Navua outfit 5-3 on Sunday.

“We will see that we do our best against Ba. It is always an intense rivalry between the two when they clash. We had a couple of warm up matches but it was just to test some of the new players,” he commented.

The Lautoka football team will be guided by a new coach.

“Master Ravinesh Kumar has joined the team two days ago and he is trying his best to guide the team with some new and the old hands. I cannot say much on that. It all depends on the coach. A win cannot happen overnight. The fans should be patient and give Master time to fine-tune the team’s game plans. He is the most experienced coach in Fiji, currently. And, he will do his best for team blues,” he remarked.

It is highly likely that former Ba man, Jone Vesikula will not feature in the blues line-up.

“He had applied for his transfer to re-join his home district. The Lautoka football association has given his release,” he divulged.

The blues camp is waiting on the go-ahead for some new players to be a part of the showdown tomorrow (today).

“There are some players who showed interest in representing Lautoka when the transfer window opened, however their transfers are still under process; which makes them ineligible for the match against Ba. Unless, we receive their clearance because the matter is under dispute at the moment,” he added.

Prasad has pleaded with the loyal blues fans to provide the moral support.

“We request the fans of Lautoka to come early. Continue to support the boys,” he stated.

The local derby will kick off at 6pm tomorrow (today) at Lautoka’s Churchill Park.

Ba and Suva are the only undefeated sides competing in the Vodafone Premier League.

Rewa is leading the points table with 12 points.