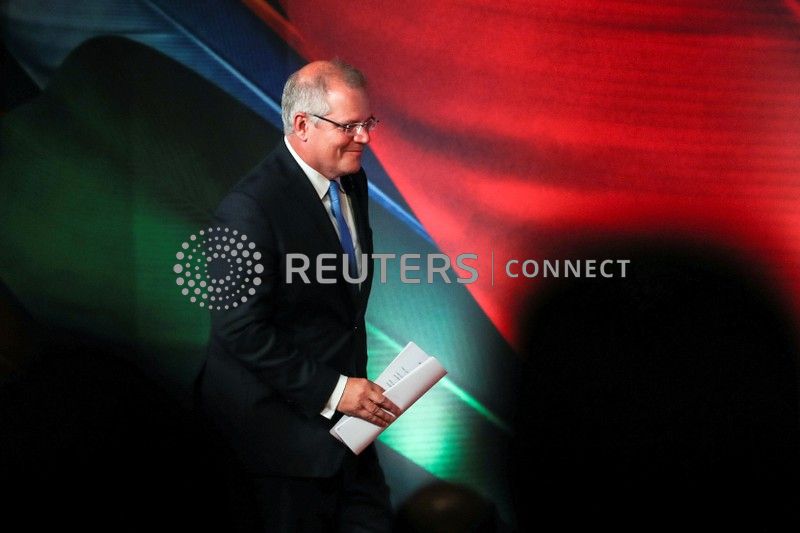 SYDNEY (Reuters) – Voting in Australia’s eastern states closed at 6 p.m. (0800 GMT)on Saturday and counting was set to begin soon in an election that opinion polls and betting markets project will be won by the opposition Labor party.

Australia’s time zones mean voting is open in South Australia state and the Northern Territory until 0830 GMT and in Western Australia state until 1000 GMT, by which time details of some early vote counts from the eastern states are expected to be known.

Most of Australia’s population lives on its east coast. The states of New South Wales, Victoria, Queensland and Tasmania, and the Australian Capital Territory, account for 123 of the 151 lower house parliamentary seats up for grabs.

Prime Minister Scott Morrison’s conservative Liberal-National coalition has been in power since 2013 but has struggled in opinion polls for years, hurt by concerns over instability and party infighting.

Labor leader Bill Shorten seemed to strike a chord with voters, who feel left behind financially and are worried about the environment, with his promises to cut generous tax concessions enjoyed by the wealthy and to reduce greenhouse gas emissions.