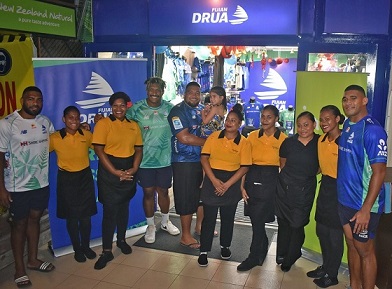 Vota, who is in camp with the Drua preparing for the 2023 Shop N Save Super Rugby Pacific competition, said preparations for the off-season had started well.

“It’s going well compared to last year but we started late this year and I think it is a good start preparing for the next competition,” Vota said.

“We need to increase our try scoring opportunities which are something we are looking forward to for the next year’s competition.

“Compared to last year, I’m looking forward to giving my best and scoring some good tries and helping my teammates to achieve what we have been working towards.

“I think that the competition will be tougher this year because of the Rugby World Cup next year.

“Everyone wants to have a shot to be part of the national team and playing for the Fijian Drua against teams from Australia and New Zealand are some of the best in the world.

“I just hope that there are not too many injuries and we can take the best team to the Rugby World Cup. “I am hoping to give my best for the season.”

The Rugby World Cup will be held from September 8 to October 28, 2023. Fiji is in Pool C with Wales, Australia, Georgia and Portugal.

The Fijian Drua forward was at Denarau in Nadi on Saturday to mark the launch of the team’s jersey for the 2023 Shop N Save Super Rugby Pacific competition.

Derenalagi, who turned 23 on Saturday, said it was a special day for him to mark the occasion with the support from Jack’s of Fiji.