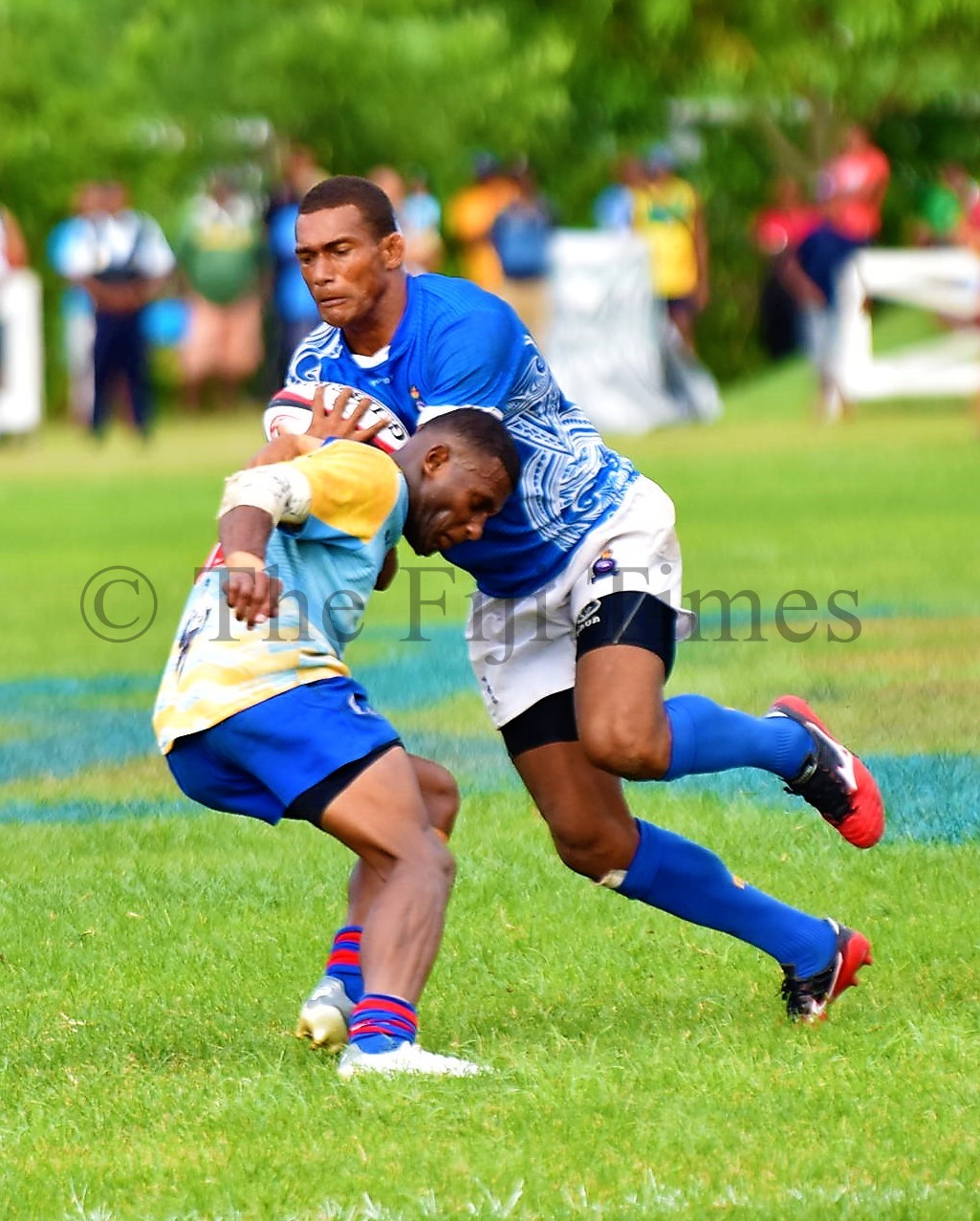 Suli Volivoli on attack for Police against Mango Bay Ratu Filise in the final of the 2020 McDonald's Coral Coast 7s tournament at Lawaqa Park in Sigatoka on Saturday, January 18, 2020. Picture: JONA KONATACI

FIJI 7s extended squad member Suli Volivoli was dropped from the main team for the Hamilton and Sydney 7s tournament.

But the hardworking player says he will never give up because he wants to impress the selectors and show his capabilities and the advantages he can bring to the team.

Volivoli was released from the Fiji 7s team to play for his Police side in the McDonald’s Coral Coast 7s tournament and his presence was felt when he helped his brothers reach the final.

“I will continue to give my best in the local arena because I have always wanted to represent Fiji in the world sevens series just like any other local player,” Volivoli said.

“This is not the end of the journey. If one door closes, there’s another opportunity and my goal is to keep on doing my best and hopefully get an opportunity in the future.”

The Vunibau lad from Serua was impressive with his work rate and fitness level with the Fiji 7s team during their preparation for the second leg of the series over the past few weeks.