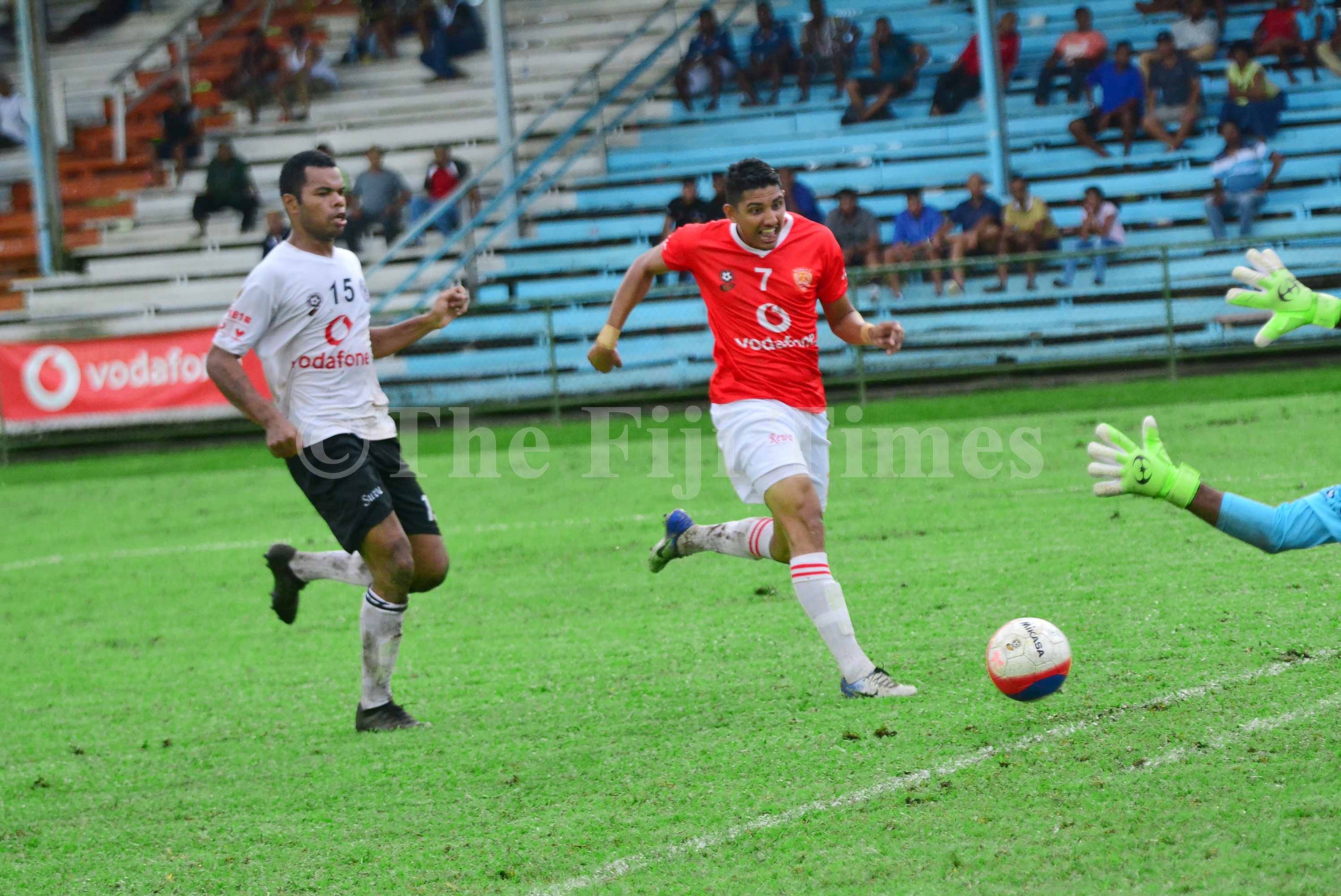 Anish Khem on attack for Rewa against Suva during their Vodafone Premier League match at Ratu Cakobau Park in Nausori. Picture: JOVESA NAISUA/FILE

THREE Vodafone Premier League matches will be played this weekend.

This will see the start of round of matches as round one finished with Ba defeating Lautoka 4-1 last Sunday.
In the lone match on Saturday, June 8, Labasa battles Rewa at 1.30pm ata a venue yet to be confirmed.

League leaders Ba take on Nasinu at the Fiji FA Academy Grounds in Ba at 3pm on Sunday June 9, 2019.

In another match at the same time, Suva will be playing Tavua at Nausori’s Ratu Cakobau Park.

Ba leads the standings with 19 points while Lautoka is second with 13 points.