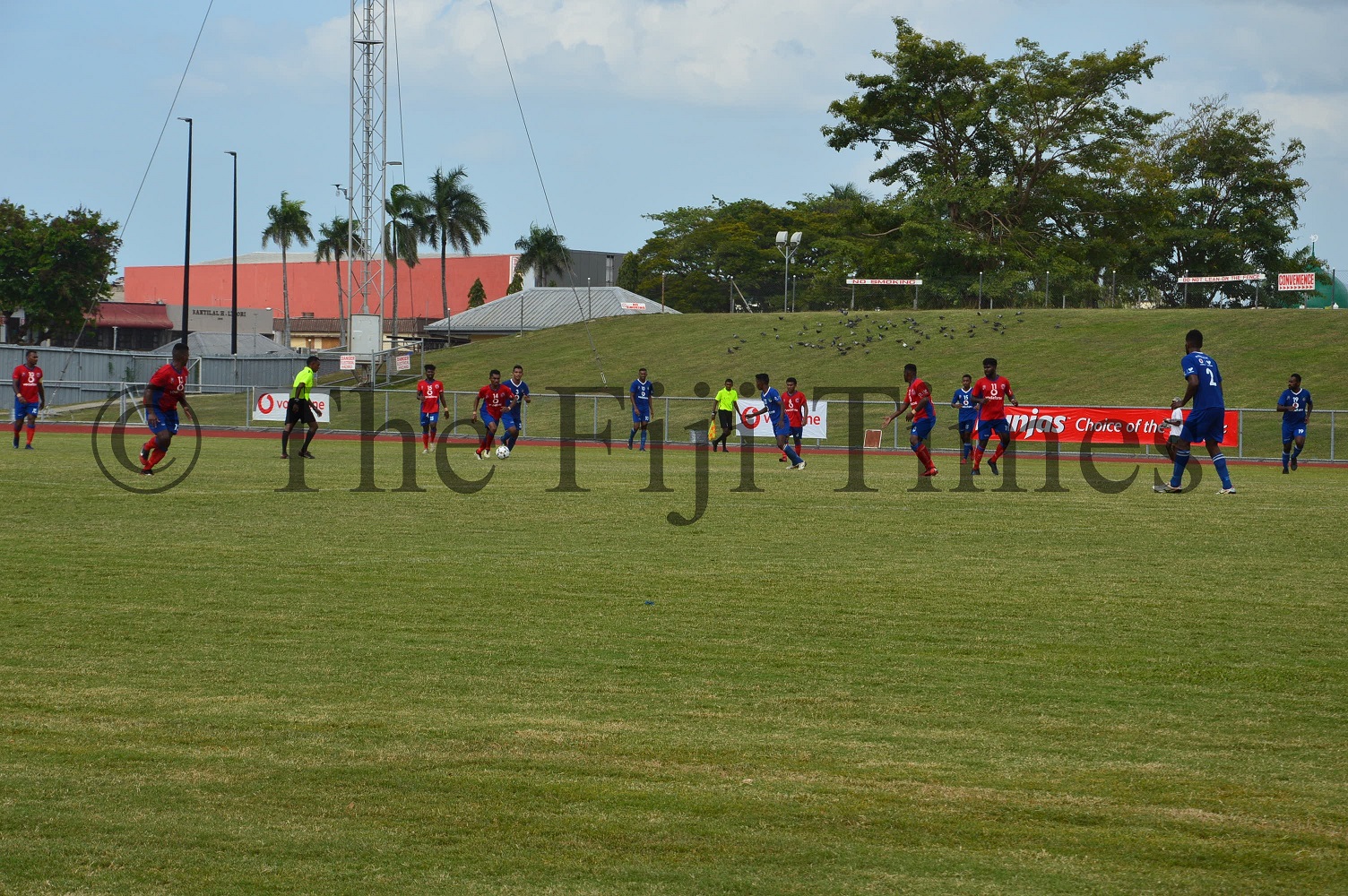 Lautoka came from behind to beat a resolute Navua outfit 3-1 win at Churchill Park, Lautoka, in the second-last round of the 2020 Vodafone Premier League match today.

The hosts made a slow start and suffered an early scare when Navua’s talented attacking mid-fielder Manav Permal scored the opener with a blinder in the 32nd minute of the first half.

The Koromakawa Rentals and Tours-sponsored Navua football team led 1-0 at the breather.

The hosts equalised in the 48th minute from a header from an unmarked Jone Vono and extended its lead from an Aporosa Yada screamer in the 58th minute.

Dave Radrigai made sure of the win when he slotted in a penalty kick in the 78th minute, after striker Samuela Gavo was brought down by Navua’s goal-keeper Josaia Ratu.

A dejected Koromakawa Rentals Navua football team’s head coach Mohammed Shafeel is confident of a positive result in next week’s decider against Nasinu in the last round of premier league football matches.