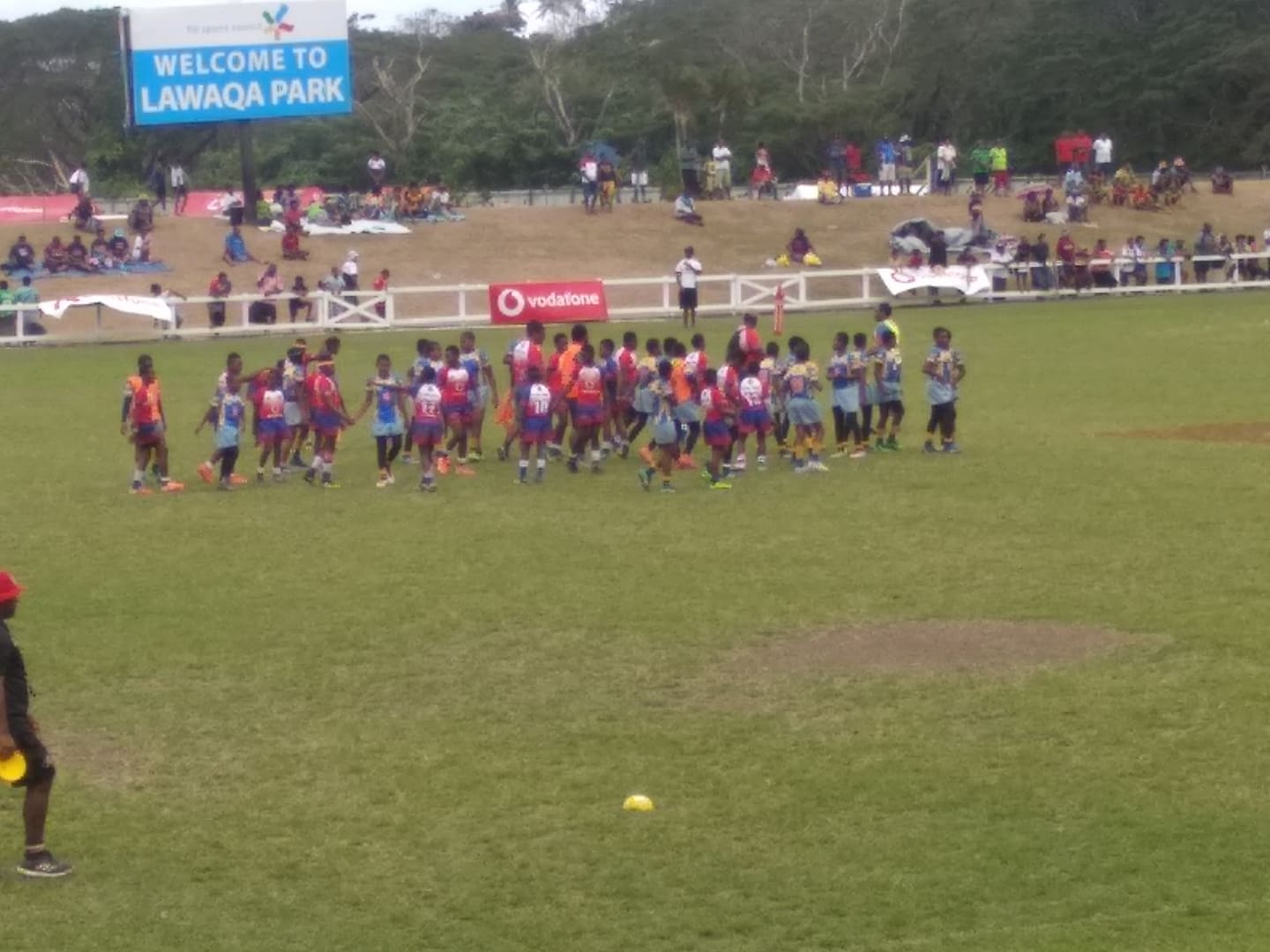 U12 Ra and Cakaudrove players congratulate each other after the final. Picture: ERONI TUINUKU

IN the final of the tier one under 12, Vodafone National Kaji Rugby Festival, Ra and Cakaudrove will share the prize money after both teams remained scoreless at the end of the final whistle.

The two teams shared equal possession during the match even in the sudden death stages.

The trophy will spend six months in each province before the next national meet next year.