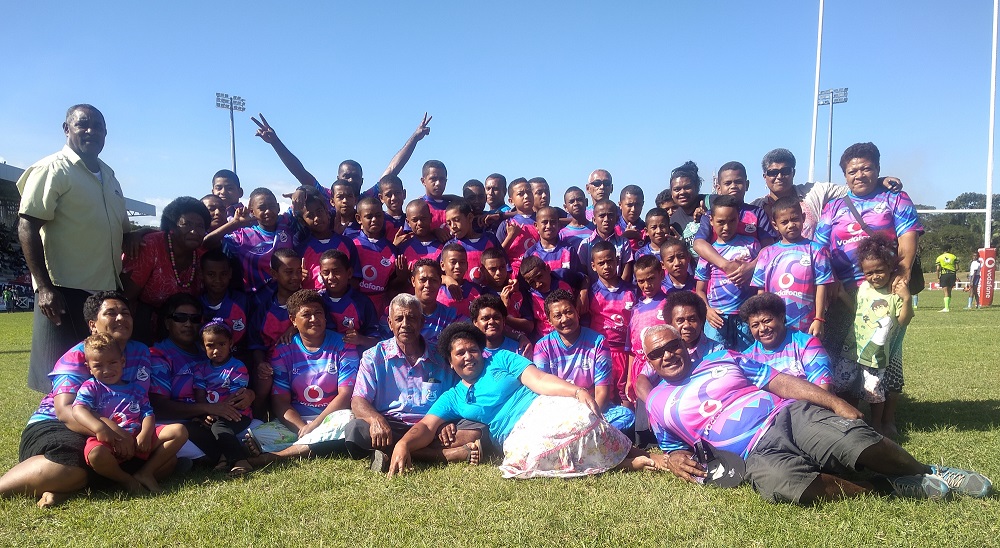 The Ono-i-Lau U13 rugby team with their parents. Picture: ERONI TUINUKU

ONO-I-LAU island Kaji rugby team are the pioneers of the island rugby team to compete at a national event in the Vodafone Kaji rugby championship in Sigatoka.

As the furthest travelling team in the under 13 grade, they are here not only to compete but for exposure in the rugby field and academically.

“We are not here to win but to expose them into the possible opportunities they can achieve through rugby and a boost for them is when they were at camp at Yavulo village in Sigatoka where they were told the camping site of the Nadroga rugby team and it has really motivated them,” said Matawalu.

“We are closer to Tonga and we could be part of any Tongan competition but these young ruggers prefer to compete against the rest of Fiji and travel more than 200 miles to the Kaji rugby and as parents and elders we seek ways to fulfill their needs and it has opened their eyes to the new lifestyle and opportunities that will definitely boost them academically and in sports as well.