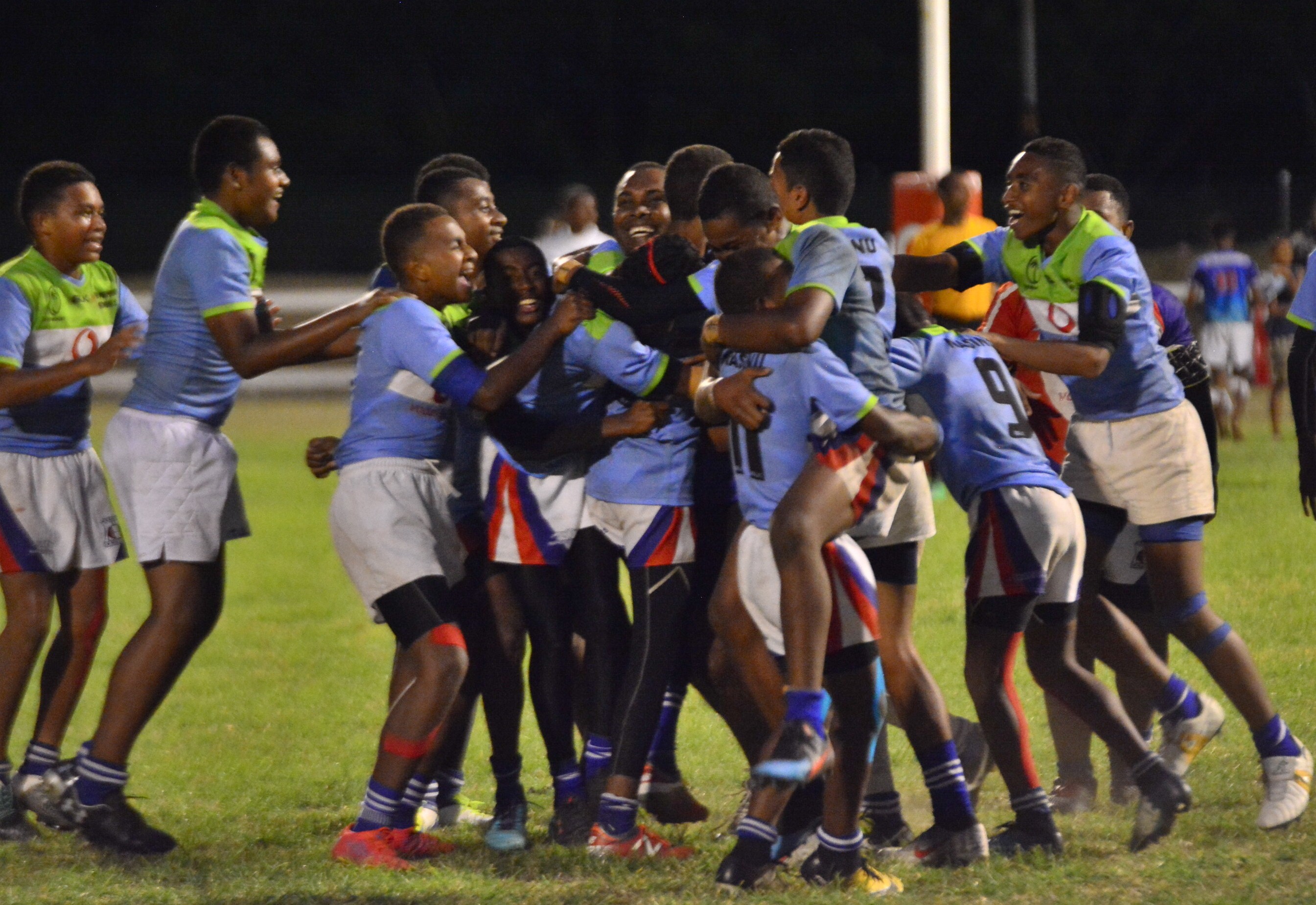 NASINU under 14 ruggers have been crowned champions of the tier one Vodafone National Kaji Rugby Festival edging Lautoka in the final 12-8 at Lawaqa Park in Sigatoka.

Nasinu scored a last minute try after the full-time hooter through prop Vilikesa Vualiku, to win the match, however it was all team effort.

Lautoka led 3-0 in the first half but in the second spell, Nasinu touched down two tries and one conversion while Lautoka was able to score one try in the second half.