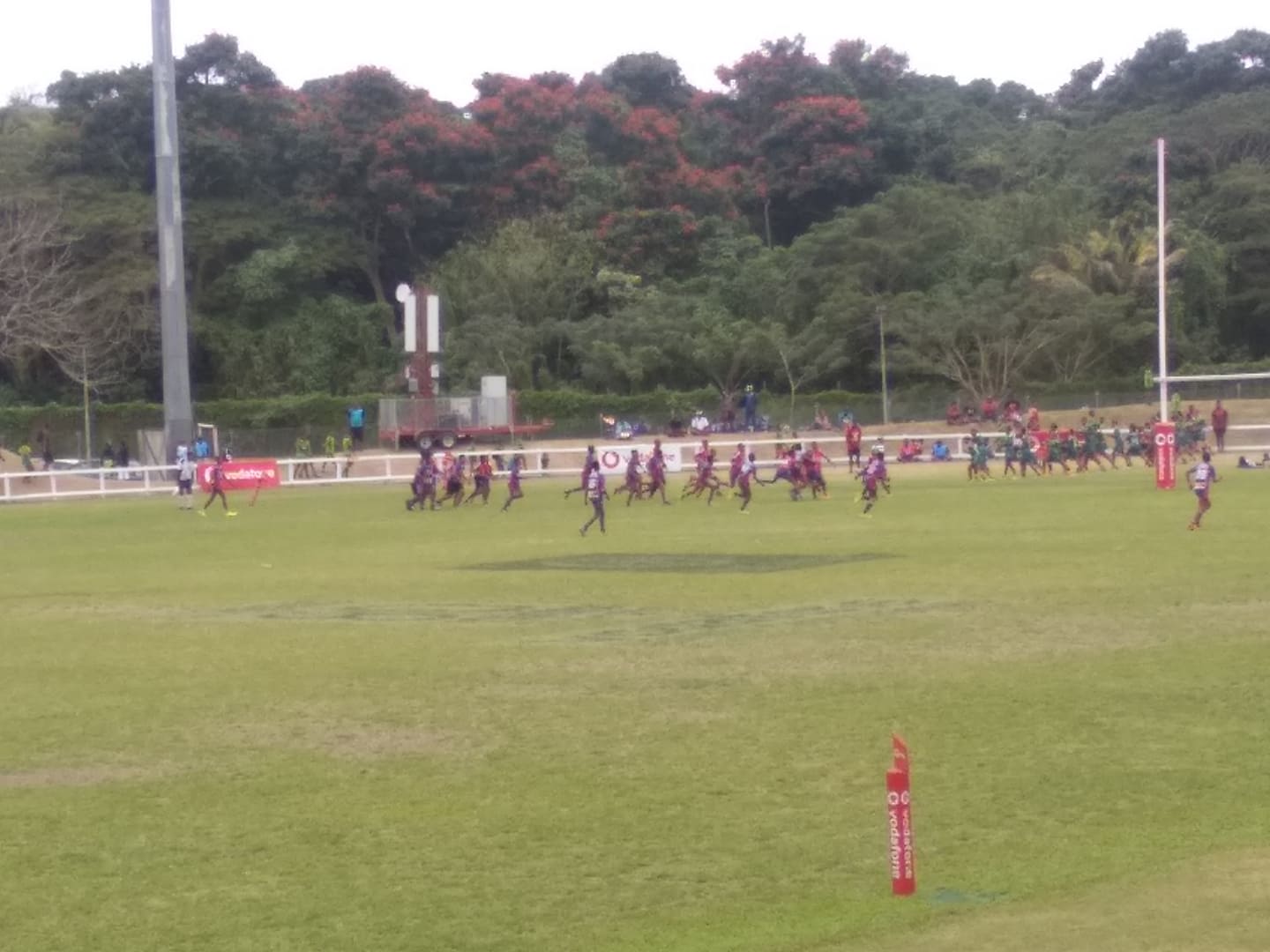 Action from the Nasinu and Navosa U13 match. Picture: ERONI TUINUKU

Nasinu scored an early try in the first spell and continued the momentum in the second spell scoring their final try.

Both conversions were unsuccessful.