Vodafone Kaji Rugby: Koro U12 kicks off on a high 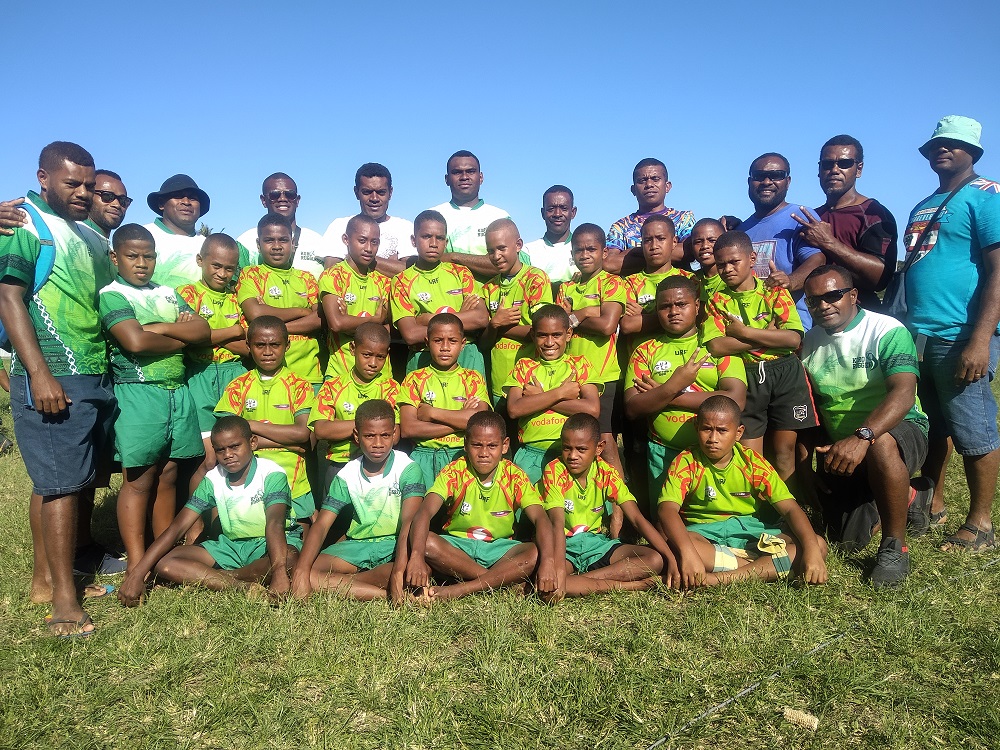 Members of the Koro island U12 team to the Vodafone Kaji Rugby championship with officials and supporters. Picture: ERONI TUINUKU

KORO island under 12 Kaji rugby team kicked off their Vodafone Kaji Rugby campaign on a high note winning two of their pool games at Lawaqa Park in Sigatoka today.

An objective of winning the under 12 grade, looks promising for these young ruggers as they thumped Wainibuka 21-0 in their first pool match and later on defeated Buca Bay 12-0 in their second pool match with one more game to play against Gau before they proceed to the quarterfinals.

There are a total of seven primary schools on Koro as officials selected the best to make their island proud at the national Kaji rugby championship.