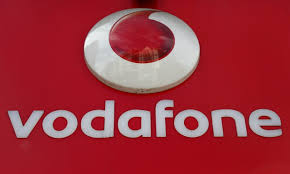 Vodafone Fiji has rubbished claims that the 5G mobile network was the cause the COVID-19 pandemic.

Responding to questions from this newspaper, the company’s Head of eCommerce & Corporate Affairs, Shailendra Prasad, referred to World Health Organization (WHO) research on the matter.

Mr Prasad said claims that the 5G mobile network had frequencies that affected humans were baseless.

“We understand that rumours spread on social media had caused fear but these are all lies. We refer you to scientific evidence and the official position of global health authority (WHO) against the baseless claims and fallacies about 5G being propagated through the social media,” he said.

WHO revealed that after much research, no adverse health effect had been casually linked with exposure to 5G wireless technologies.

Mr Prasad also referred to researches carried out at the University of Bristol in the US by paediatrics professor Adam Finn, which revealed that radio waves involved in 5G and other mobile phone technology sat on the low-frequency end of the electromagnetic spectrum.

Prof Finn said less powerful than visible light, 5G networks were not strong enough to damage cells – unlike radiation at the higher frequency end of the spectrum which includes the sun’s rays and medical x-rays.

It would also be impossible for 5G to transmit the virus (COVID-19), Adam Finn, professor of paediatrics at the University of Bristol, adds.

“While 5G uses different radio frequencies to its predecessors, it’s important to recognise that the waveband involved is still “non-ionising”, meaning it lacks enough energy to break apart chemical bonds in the DNA in our cells to cause damage,” he said.

“The present epidemic is caused by a virus that is passed from one infected person to another.”

Prof Finn said it was also important to note another major flaw with the conspiracy theories as COVID-19 was spreading in UK cities, Iran and Japan where 5G was yet to be deployed.

Earlier this year, a long-running study from the watchdog the International Commission on Non-Ionizing Radiation Protection (ICNIRP) rebutted these claims, saying there was no evidence that mobile networks cause cancer or other illnesses.