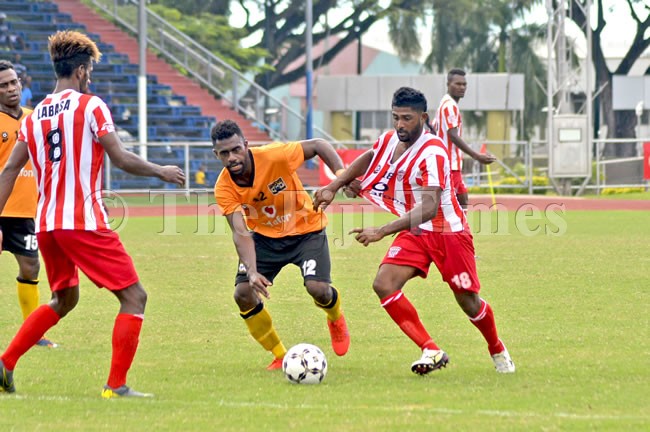 Labasa’s Ravnesh Singh and Tavua’s Marika Rawasoi battle for possession during their match in the Vodafone Fiji FACT at Churchill Park in Lautoka. Picture: REINAL CHAND

TWO players have been suspended by the Fiji Football Association after the pool matches of the Vodafone Fiji FACT.

Fiji FA CEO Mohammed Yusuf said one of these players tested positive during the Anti-Drug tests while another player failed to turn up to give sample for the test.

Yusuf added that both players will be deemed positive of drugs.

However, Yusuf said that it was a good sign that only two players out of the 72 tests done have been suspended.

“It is a good sign. Only two out of 72 is a positive sign as the numbers are now decreasing,” he said.

Both players have been suspended and a decision on them will be made later this afternoon.