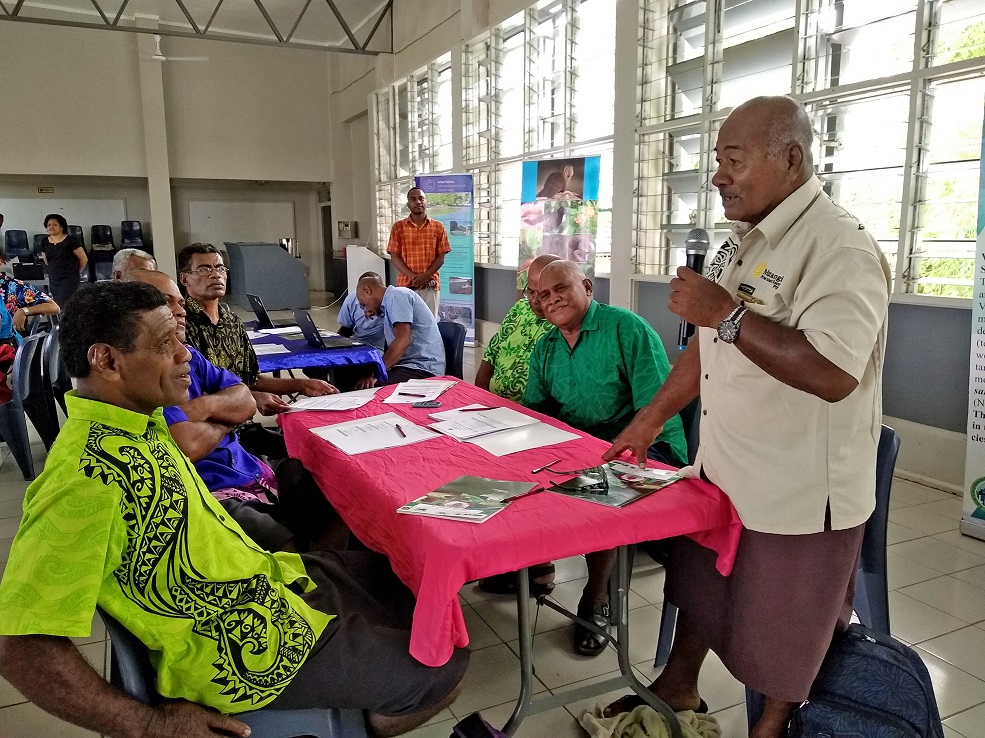 He said people seldomly realised the different functions and roles of wetlands.

“Most of us regard wetlands as wastelands and foul smelling sites or worthless habitats that need to be converted to a more worthy use,” he said.

“We seldom realise the different functions and roles wetlands perform in the whole ecosystems and mankind’s survival. Most of us cannot measure the important values of wetlands and how it is connected to our daily livelihoods and even this is still a challenge to most governments to date. Wetlands are naturally productive ecosystems which are capable of managing the risk of disasters to communities. Wetlands’ role in ‘ecosystem services’ and the benefits it provides to nature and rural communities in low and middle income countries are always not valued.”

Mr Vocea said wetlands played significant roles such as guarding communities against natural disasters, carbon storage, responsibility for trapping excessive carbon in the atmosphere and natural regulators, whereby it regulates the amount of silt and sedimentation that flows downstream and into our oceans.

“Wetlands also regulate flooding by controlling the flow of water during heavy downpour. They act as water purifiers, shock absorbers, sponge absorbing and storing excess water and lastly they are breeding grounds to most of our freshwater and oceanic fishes which we depend on for household and economic sustenance.”