Virus hits the Pacific – All countries have engaged in lockdowns 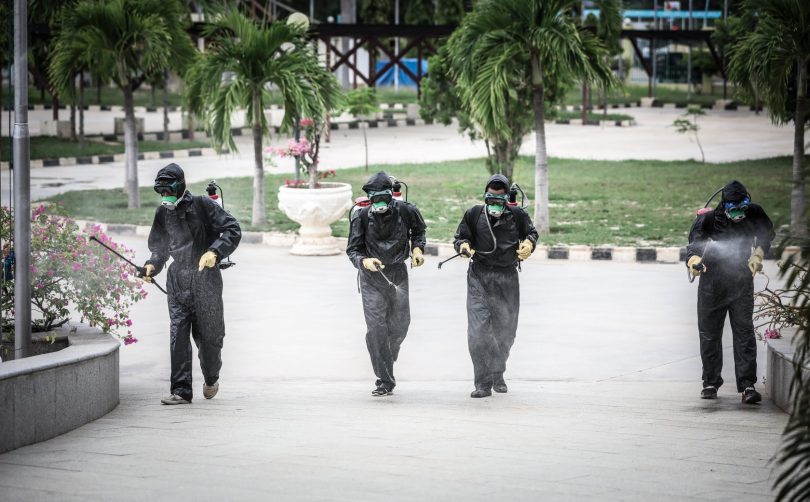 By STEPHEN HOWES and SHERMAN SURANDIRAN

For a long time, the health narrative around COVID-19 in the island nations of the Pacific and Timor-Leste was quite positive.

Yes, the economic costs of the pandemic were substantial, but the number of cases was low. Not anymore.

Guam, a territory of the United States, witnessed a surge in cases between August and November 2020 but since then has been able to contain the number of new infections.

In Timor-Leste, between April 13 and June 13, this year, the number of cumulative cases went up from 1074 to 8285 — an eightfold increase in just two months.

The most recent country to experience an outbreak is Fiji.

Other Pacific countries remain relatively unaffected, with just 30 recorded cases, the most recent in Kiribati on May 21, 2021.

While these numbers might still seem low, they are high on a per capita basis.

On November 20, 2020, Guam recorded 528 new cases. Dividing this figure by its July 2021 population estimate of 168,801, its peak daily infection rate was 3128 cases per million people, ranking it above all other countries on the day.

At Timor-Leste’s new-infections peak, on May 26 of this year, it had 325 new cases per million people, the 14th highest in the world on that day.

PNG registered its peak on March 26, with 62 cases per million people, the 92nd highest in the world on that day.

Cases in Fiji are still on the way up.

Its June 13, count was 116 cases per million people, placing it 25th globally in terms of number of new cases recorded per capita on the day.

The next figure shows the trajectory of new cases during peak outbreak periods for each of the four countries.

Numbers may be coming down in PNG and Timor-Leste, but it is too early to say for Fiji.

The rise in cases starting in August last year in Guam has been linked to a number of arrivals from the US mainland at a time when earlier restrictions had been eased.

In PNG, the higher numbers have been attributed to ‘negligence and scepticism’.

Fiji had been boasting of its success in keeping COVID-19 out, but its quarantine arrangements also became lax.

In Timor-Leste, community cases were first detected in communities across its border with Indonesia before spreading to its capital Dili.

Floods in May and the consequent temporary relaxation of COVID-19 restrictions could have also triggered the spike in case numbers.

All countries have engaged in lockdowns of various lengths and severity, which seem to have helped.

Limited testing is a problem in PNG with a rolling average test rate of just 100 people per million as of April 18, (the most recent date for which we could find information).

Fiji, on the hand, has been more proactive in testing, recording a seven-day rolling average of 3725 tests per million people (as of June 13).

The recent rise in cases makes vaccination all the more important, and not only for the four affected countries. Guam seems to be the Pacific’s vaccination leader.

As of June 12, it had fully vaccinated 47 per cent of its population, a rate which puts it in 6th spot globally. This is perhaps one reason for the relatively low number of daily cases recorded recently.

The tiny island states of Nauru and Wallis and Futuna also have high vaccination rates.

As of June 8, Nauru had recorded 69 vaccinations per 100 people, ranking it 19th globally in this regard, while Wallis and Futuna had fully vaccinated 37 per cent of its population, the 13th highest full vaccination rate in the world.

The last few months have shown that keeping COVID-19 at bay is not an assured strategy. A low level of vaccinations not only increases pandemic risks but also delays borders reopening. Getting vaccination rates up must be a top priority for the Pacific, especially in Solomon Islands, PNG, Vanuatu and Timor-Leste.