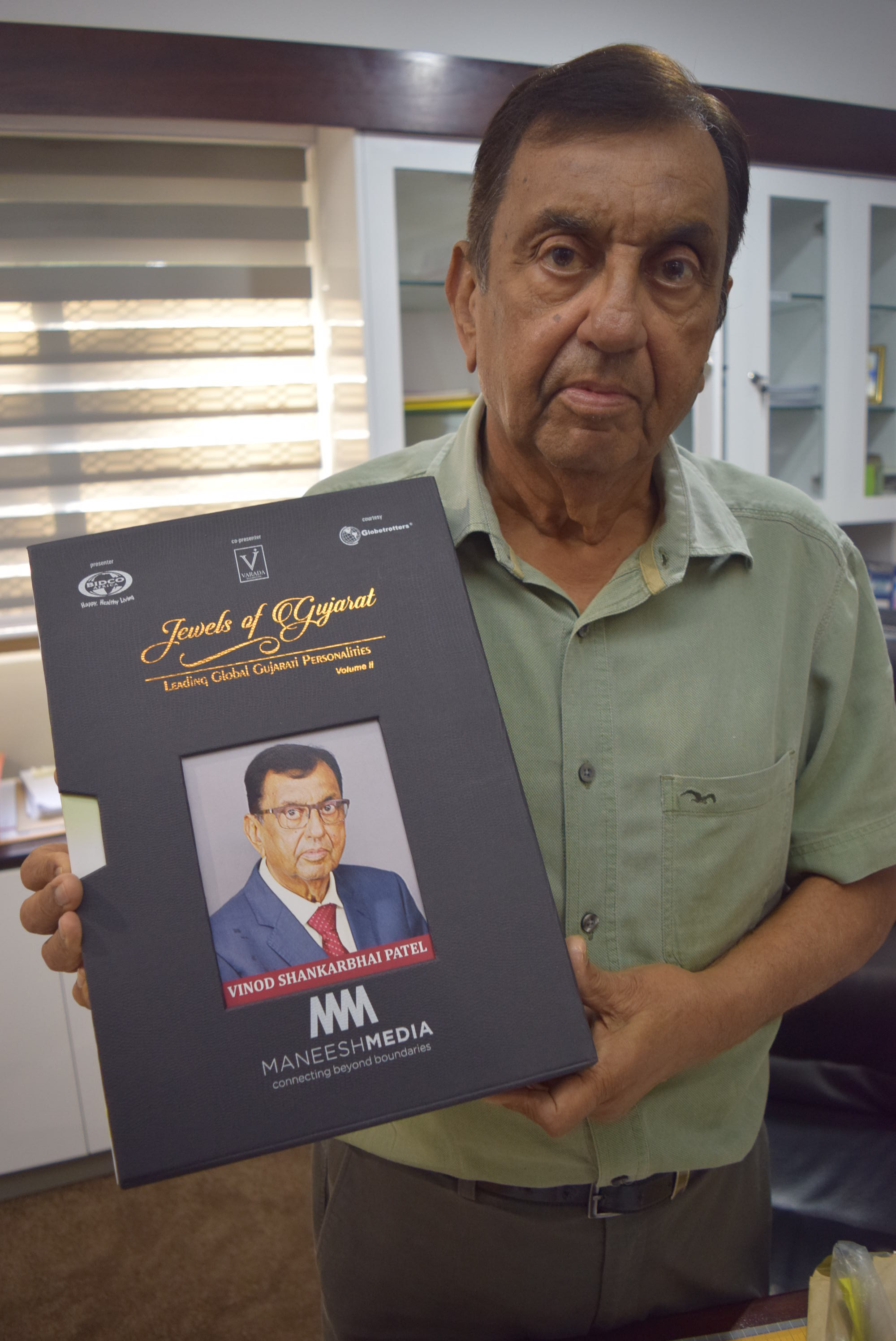 MENTION the name Vinod Patel Ltd to any Fijian, and most will associate it with hardware, building materials, furnishings and industrial equipment.

But when you ask about its founder who shares the same name, then it’s most likely you’ll get a blank stare or curious questions. Vinod Patel, the chairman and founder of Vinod Patel Ltd is a self-made entrepreneur, philanthropist, political and community leader.

His company is considered to be one of the largest hardware companies in the South Pacific, employing more than 2000 staff and a product range that boasts over 30,000 items (such as tools, plumbing, paints, tiles, electrical, homeware, white goods, furniture and furnishings) – its a wonder how he started the company and bring it to where it is today.

The Vinod Patel Group of Companies has huge stakes in the hardware and construction industries and a strong presence in major towns all over the country including our two cities.

However, his story is one of humble beginnings, of a family whose early claim to business was a small grocery store in the settlement of Vatulaulau just outside Ba, west of Viti Levu.

Even at age 80, Vinod Patel still goes to work every day at his office in Ba Town.

It’s a daily ritual that never seems to slow down since he started the company 57 years ago in 1962.

We met Mr Patel on a chance meeting in Ba, and as he delved into his family story, we couldn’t help but notice the passion he has for a company that he began at the age of 23.

“Everything I did about my company – I learnt after observing the business mistakes of my father.

He wasn’t a very good businessman,” he smiled thoughtfully.

“He was a popular man at our settlement in Vatulaulau… quite fluent in the itaukei language and many of the villagers in the area used to come to buy from him. To him relationships were important, and when he died, this unknown man from Ba had people travelling from as far as Labasa and other towns attending his funeral. We didn’t know these people, some of them would arrive and settle their credits at the funeral.”

Mr Patel’s father Shankarbhai Patel had immigrated to Fiji from a village in India called Karkhadi.

Vinod, his son was the eldest of six siblings.

“My father did his best in putting food on the table but I understood the difficulties he faced. Within a year after I did my Form Three I decided to quit school and find work to help my parents.”

He started working for a hardware company in Ba at age 16 but before this, he was given a clerical job in government but he refused the offer.

“My father had a great business friend called Sultan Ali, he was a school teacher at Vatulaulau before he got transferred to Methodist Mission.

He was a well-known person, a Catholic and religious.

He asked me to work at District Office Ba.

I told him that it would be difficult for me because it was clerical work and I couldn’t speak English – what would I gain from there?

“My inner feeling from day one was to be a businessman – I wanted to work and learn something.”

So the young Patel joined a hardware company. It was backbreaking work.

“I used to carry bags of cement powder and deliver it for the company or take peanut oil or mustard oil on my shoulder and deliver to the market, because there were not many machines or small trucks to lift the cargo in those days. To deliver something you either put it on your shoulders or take a car. That’s how we worked.

“I worked for a number of years at Bombay Trading Ltd. In those days we had to do the refill of the engine oil, the mustard oil into the beer bottles etc… wash the bottles and broom the shop, dust it out… then go and get breakfast and continue work… then after 5pm we closed the shop, head to the bulk shop where the Rajendra Prasad supermarket is now.

From there we used to bring the things on to the cart and put it on the shelves then clean the shop.