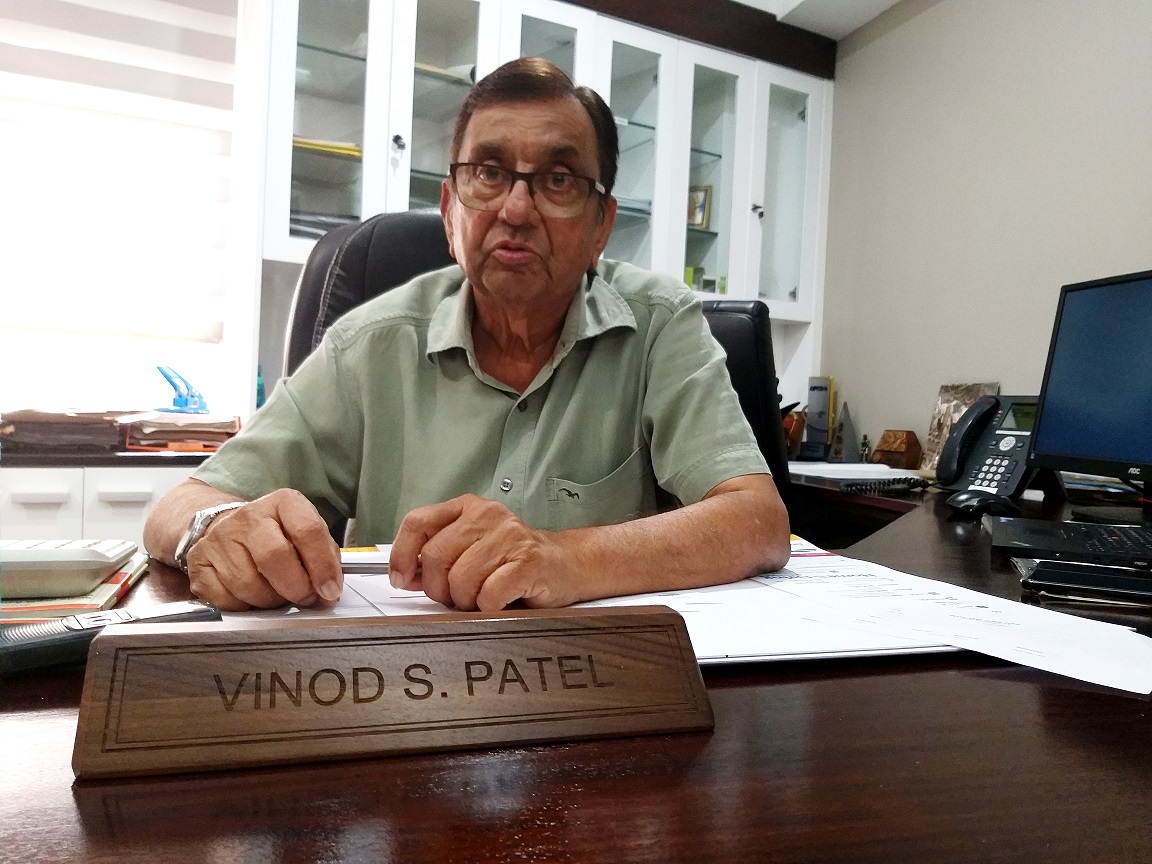 We continue with Part 2 of the business legacy of Mr Vinod Patel, the founder of hardware giant Vinod Patel & Company Ltd.

BY the time he was 16, Vinod Patel had envisioned that he was going to start his own business.

He did not want just any small business – he wanted a business empire that not only encompassed Fiji but the Pacific.

The Vatulaulau, Ba native whose parents immigrated to Fiji from Karkhadi Village in Gujarat in India said life was a struggle, growing up and his father worked hard to put food on the table.

He left school at age 16 to help ease the burden on his parents and went to find work to earn money for his family as well as saved for his future business.

“I worked hard – it was backbreaking work,” described the now 80-year-old.

“When my salary came, I never touched it – I told my father if you need some money, you can collect it from my employers.”

The young Mr Patel wore many hats while working for a hardware shop in Ba; from salesman, cleaner, delivery boy and even the labour work.

“We worked seven days a week, and if we missed a day of work – our salary got deducted,” he said quietly.

“In those days we used to get only two white shirts and two khaki pants from the company. I was an avid soccer player and I couldn’t even go see matches in the IDC if we went they deducted our salary. There were no laws or rules about it….but we understood that we had to work.”

Vinod recalled the hardships of his past with a tinge of sadness but at the same time, he is practical about it.

“I’m sure if my parents could have afforded it, they would have liked me and some of my brothers to continue with higher education. But it was not to be. My major regret was not being able to complete higher education, at a time when most of my classmates were schooling to obtain higher education. Some of them went overseas to obtain university degrees and others became doctors, lawyers and accountants.

“However, I am satisfied that three of my brothers were able to obtain university education that the first three missed out,” said the eldest of six siblings.

Mr Patel worked hard and saved hard. By the time he was 23-years-old and with 800 pounds saved, he decided to venture out and pursue his dream.

“I left the hardware shop at the end of 1961 primarily because my parents were nagging me that I should start my own business. I had managed to save 800 pounds ($FJD2169) on my own and the rest had gone into the education of my younger siblings.

“When my brother Bachu (Bachubhai Patel) came home for a school break, I persuaded him to leave school and join me in work. He started working and managed to save $800 pounds as well. Then together we decided to start our shop. We put together 1600 pounds (FJD4338). It was a start for the company.”

“I went to Lautoka and planted a shop next to the theatre. It was a small wooden shop and I thought I would do better there because in those days I used to do business with the Chinese people, the Lees family, selling plies, screwdriver and all that. I thought I would do well there since there are no hardware shops in Lautoka. Over here in Ba, there were two companies Bombay Trading and R.C Manubhai operating already. But my parents thought otherwise.

“I told my parents that in Lautoka I would be more successful… but my mother was worried and said ‘what about your food? Who is going to feed you?”

“I said don’t worry, you can make my parcel every morning but they refused; they said the road is bad with all the gravel and they worried that I would get sick.

“Then one day one of the directors of CBD Company (now New World) came to sell goods to my father one Sunday so my mother asked him if he had any shop vacant in Ba. The director replied they did. Then they arranged for me to rent the shop. I ended up renting that shop for 27 pounds ($FJD 73.21) a month in Ba,” he smiled.

When Mr Patel started out with the hardware business he was met with a lot of criticism.

“Many people questioned my opening the shop, they said this is a sugarcane town, it’s a bad time; with a small amount how will you run a hardware shop,” said Mr Patel.

“Now there was this old man called Kasabia, he was my good friend.

He said ‘Vinod you don’t listen to anyone. You’re a hardworking boy. Whatever you do it will be a success,’ and that motivated me.

“An influential friend came for me and said that to start a hardware I needed a big capital. Then I told him I am getting only
375 pounds a year, with this small capital I will be able to make more money than what I am getting. After showing him my proposal plan he said ‘okay go ahead’.”

When Mr Patel opened his hardware shop in Ba, he had a Class Four student working for him. The young boy wasn’t good at school but he was bright.

“The young boy’s brother was a very good friend of mine and he gave me a 1000 pound loan with 10 per cent interest,” describe the octogenarian.

“This young boy was a very energetic and hardworking boy – a fast learner. Whenever we ran out of certain tools or materials he would run quickly to other shops to buy it and stock up the shop. The first year we made 1,998 pounds in profit, nearly 2,000 pounds after all my expenses and all that. It was good whereas when I worked, I was only getting 375 pounds. I never
borrowed funds from the bank. At the time my bank was Westpac… the manager used to ask me if I wanted to do a loan but I said no, when I need it then I’ll come. Then later on when my brother Bechu joined me, the business went well. Then my father came to visit me one day and said that I needed to get married and settle down.”