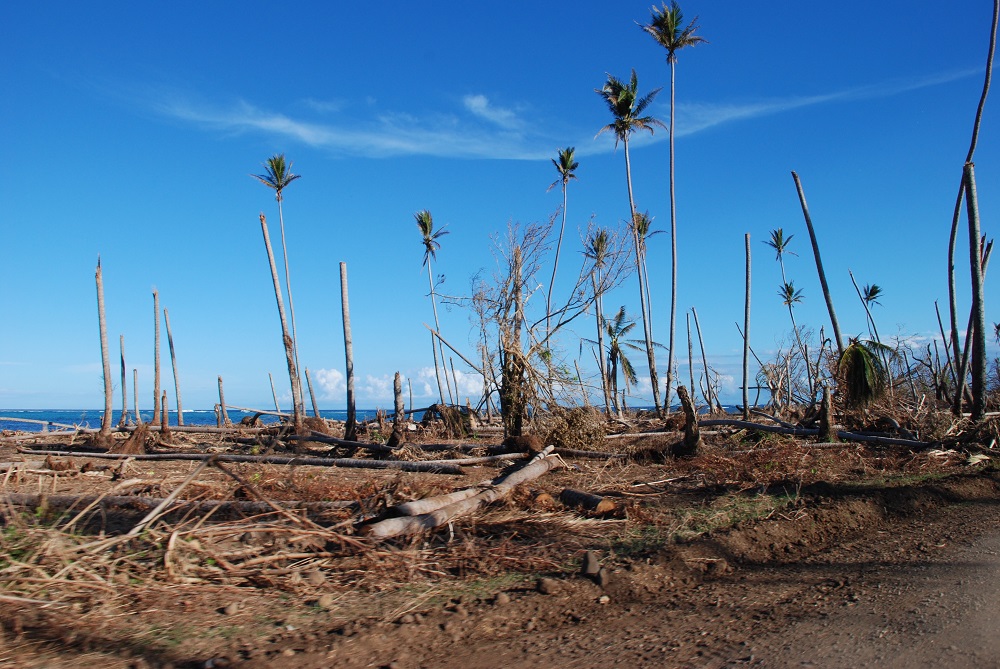 The aftermath of TC Winston on Koro Island in 2016. Picture: SUPPLIED/FT FILE

The Lands and Mineral Resources Ministry identified 28 villages around Fiji that needed relocation in the aftermath of Tropical Cyclone Winston in 2016.

The ministry passed on this information to the Parliamentary Standing Committee on Natural Resources that reviewed the ministry’s 2016-2017 annual reports.

Nacekoro and Naweni villages on Vanua Levu and Naigani Village on Batiki – were also identified.

In Tailevu, Qoma, Qelekuro, Dakuinuku, Nasinu, Driti and Silana were assessed for relocation by the ministry.

“Although there were 28 villages identified, the team had assessed and identified more than 28 villages that were to be relocated as the result of TC Winston,” the ministry stated.

“Land issues were required to be resolved before the final sites were confirmed.

“Also, the team had to ensure that the relocated sites did not fall along the geological fault lines (that ran through village boundaries).”

The ministry stated all assessment reports were compiled and submitted to either the Divisional Commissioner, Roko Tui or provincial office.