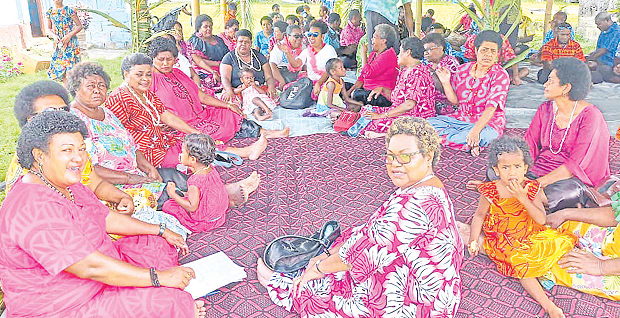 Villagers had to be billeted in various sheds where they had to adhere to COVID-19 safety procedures. Picture: SUPPLIED

VILLAGERS of Navutulevu in Serua raised over $6000 in a united effort on Friday for their provincial levy and to support development plans in the village.

Organised by the village’s Soqosoqo Vakamarama (women’s group) the event drew close to 400 villagers and kinsmen around Viti Levu who attended the fundraising.

Head of the village’s Soqosoqo Vakamarama, Mere Donu, said their fundraising which is an annual event was a bit different this year as villagers had to follow COVID-19 protocols, adding there were a number of sheds erected to house the legal number of people who attended the event.

Ms Donu said, however, the turnout for the event was a good one even though their kinsmen in the maritime zones could not attend the fundraising.

“It is a classic show of the many good things we could achieve if we worked in unity,” she said.

“The age-old practice of solesolevaki (communal support system) is very much alive and applicable for us iTaukei in this changing world.”