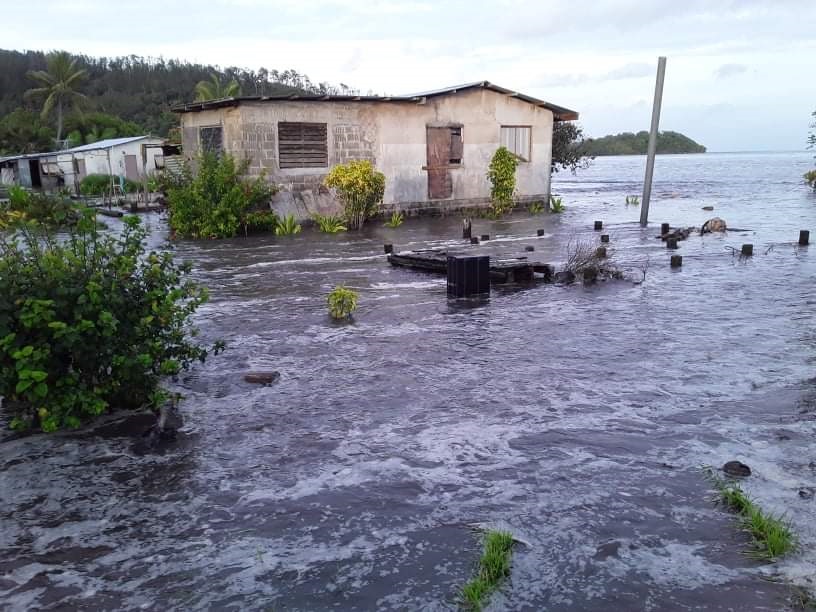 The village of Narikoso in Kadavu inundated with tidal waves - following the volcanic eruption in Tonga on Saturday, January 15, 2022. Picture: SUPPLIED

Villagers of Narikoso on Kadavu fled for safety to elevated areas on the island after huge tidal waves crashed into the village ground yesterday afternoon.

The highest point in the island is understood to be occupied by seven households who were relocated from the old village site in 2020.

Village spokesman Kelepi Saukitoga told this newspaper that they were hit by three tidal waves.

He said the whole village ground was underwater.

“It was shocking and the villagers were terrified,” he said.

Mr Saukitoga said they heard rumbling sounds before the tidal waves crashed through their homes.

“We had to chase the children and everyone in the village to higher grounds for safety. Everyone was terrified of the events that transpired this afternoon (yesterday).

“We understand that this was caused by the volcanic eruption in Tonga.”