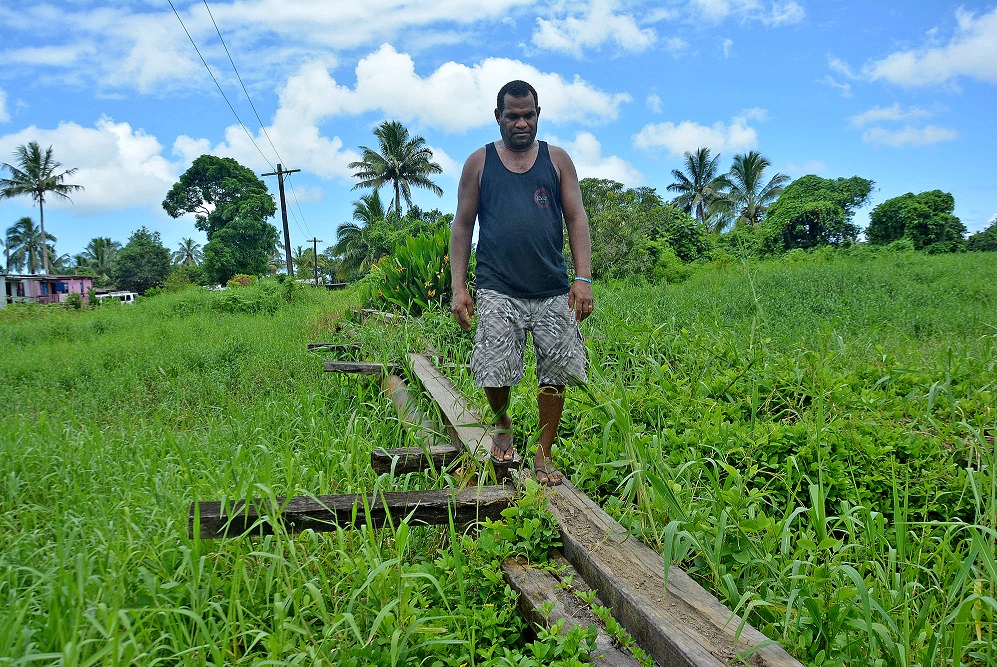 Sakiusa Rabo on the remains of the old Naka Bridge along Vunivaivai Road in Nausori yesterday. Picture: JONA KONATACI

KUKU villager in Tailevu Sakiusa Rabo, 48, says the closure of Visama Rd has affected their movement.

As part of roadworks carried out by the Fiji Roads Authority (FRA), he said the Naka bridge was closed since works started about three years ago.

Mr Rabo said people from nearby villages such as Naselai, Natogodravu, Visama and Nakelo used the road on a daily basis as a shortcut to Bau Rd.

Speaking in the iTaukei language, he said the roadworks started before Severe Tropical Cyclone Winston struck Fiji in 2016 and since then, most people had started to question why it took them so long to complete works.

According to the FRA, Visama Rd was closed for the Nausori airport upgrade and runway extension project.

The authority closed the road indefinitely on Thursday to cater for the Nausori airport upgrade and runway extension project Motorists have been requested to plan their travel accordingly and to use the available alternative access through Hangar Rd.