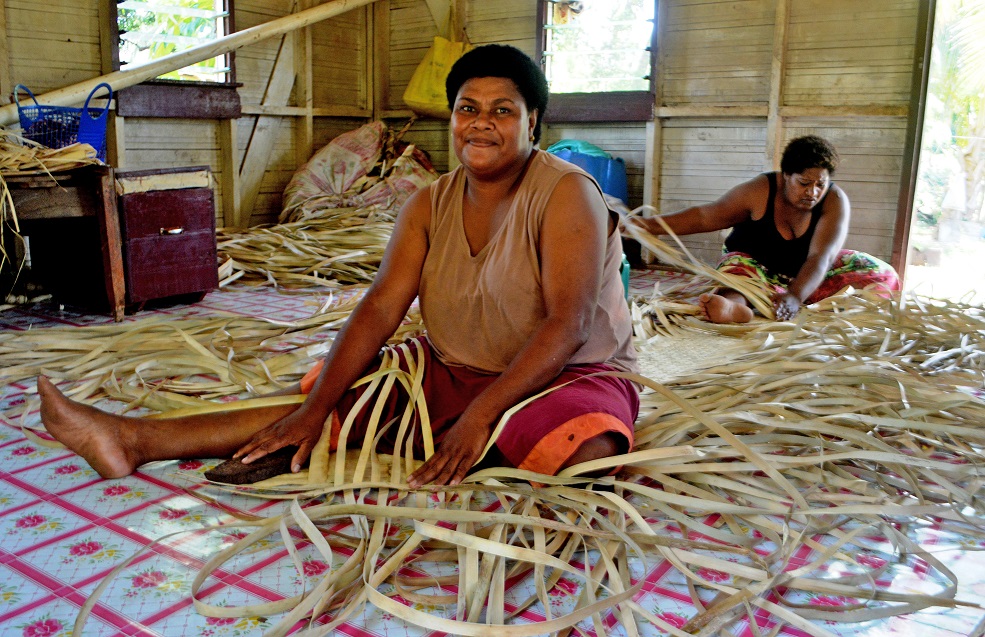 Women of Yaqaga Island in Bua weave mats to be sold in Labasa for their income. Picture: LUKE RAWALAI1

WOMEN of Yaqaga Island in the maritime zone of Bua have now resorted to selling Tridacna maxima (katavatu) and mats to earn a living after the ban of beche-de-mer.

They travel as far as Seaqaqa in Macuata to sell their products.

They say the income from the sale of clams is far less than what they earned from beche-de-mer.

Moli Tava, 55, said during this year’s Father’s Day church service, fathers in the village cried and apologised to women after learning of the extent of sacrifices they made to support their families. She said life in the village was hard.

Another villager Anaseini Waqamailau, 53, said while village life was tough, they chose to observe the ban after learning of its objectives.

Joining her was Susana Dilasia who hoped they would receive assistance in setting up revenue earning projects.

She said she was still weaving mats to earn a living. “I cannot be sitting in my house watching as my people struggle for a living, at the end of the day I also need to live,” she said.