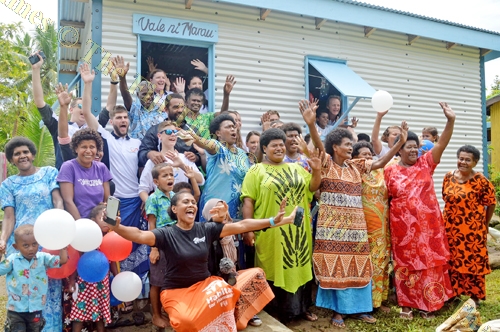 FOUR years after he took up the role of village headman of Tavuya Village in Rewa, Kulinio Lete never dreamt that he would one day own a newly built house.

Mr Lete, 45, was approached by Habitat for Humanity Fiji and Communities for Communities for the housing project and it never crossed his mind that a new house would also be built for him.

He said they were first told that eight new houses would be built, but were told later that the ninth house to be built would be his.

“Before when it starts to rain I have to run quickly into the house to fold the mats as the vale ni viti (bure) would leak. I am very grateful and thankful that we now have a newly built home,” she said.