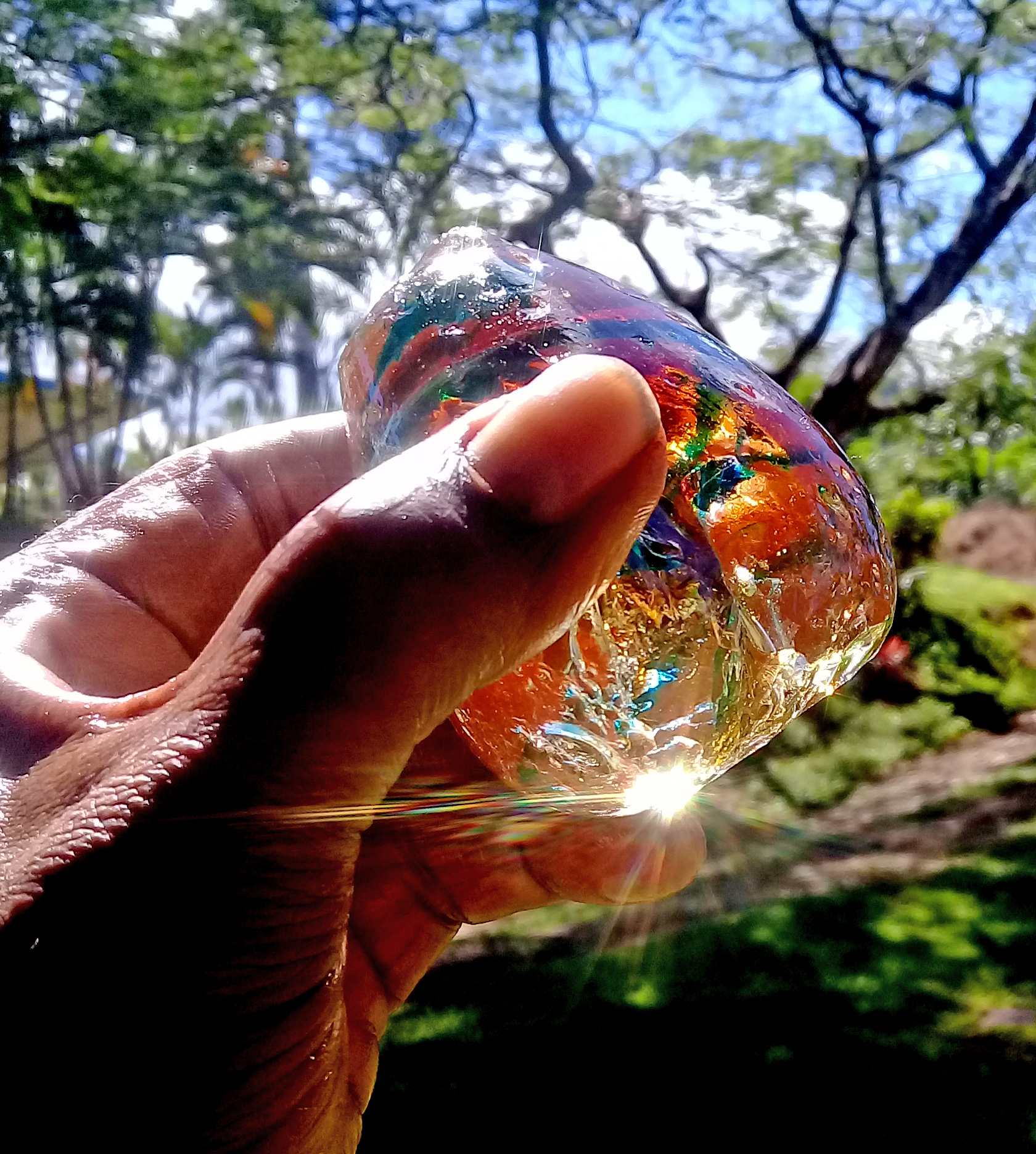 During a hot sunny day, the colours stand out from the gemstone at Vaturomulo Village. Picture: SUPPLIED

THE recent discovery of the gemstone at Vaturomulo Village in Cakaudrove was not the first sighting in the area.

Instead, according to village elders in the district of Vaturova, a gemstone was found in the area in the 1970s.

Nayagalevu Village elder Isireli Tuinabavatu said the stone found by their grandfathers at that time was bigger than what was found this year.

The stone found that year, he said, sat in the forest area near Vaturomulo Village.

“That one was also found in the forest and not in the river like the one discovered in April,” he said.

“Our fathers told us that it was bigger in size and half of it remained in the ground while the remaining part was exposed.

“So when our grandfathers were out hunting, they saw this big stone and it was more like gold. I remember my grandfather telling me when I was a boy that when they saw it, the stone glittered and shone towards the sunlight.” In seeing the glittering stone,

Mr Tuinabavatu said the men were obviously shocked and thought it was a strange object.

“But when they returned the day after, they didn’t find the stone there, it had disappeared.

“They were disappointed and looked around the forest area but didn’t find anything at all. So the discovery of the stone in the village river this year brought back many memories of stories passed down to us by our fathers.”

The gemstone found this year is believed to be a rainbow gemstone.

Villager Taito Vugakoto, who found the stone in the river, believes his discovery is a blessing from God.

The yaqona farmer, who initially thought that the stone was a decorative ornament, looked after the Methodist Church pastor when he suffered a stroke for about five months last year.

When he first saw rays of colourful lights shining through the surface of the river that he crossed while returning from his farm, he was scared.

“I thought it was a strange animal or fish and I speared it because I was frightened and didn’t know where the lights were coming from,” he said.

“Then the head of this stone broke off, a small piece and it flowed down the river with the currents but as it flowed, the rays of lights remained.

“Then I picked up the big piece and I just saw the mighty hands of God, so glorious as this stone shone out all colours including gold. I stood there, held on to it and prayed acknowledging God for his mighty creation.”

Such discoveries, Mr Tuinabavatu said, could be linked to the village and district names.

“The district is Vaturova and the village is Vaturomulo and these names could be linked to the unique stones that have been found in this area,” he said.