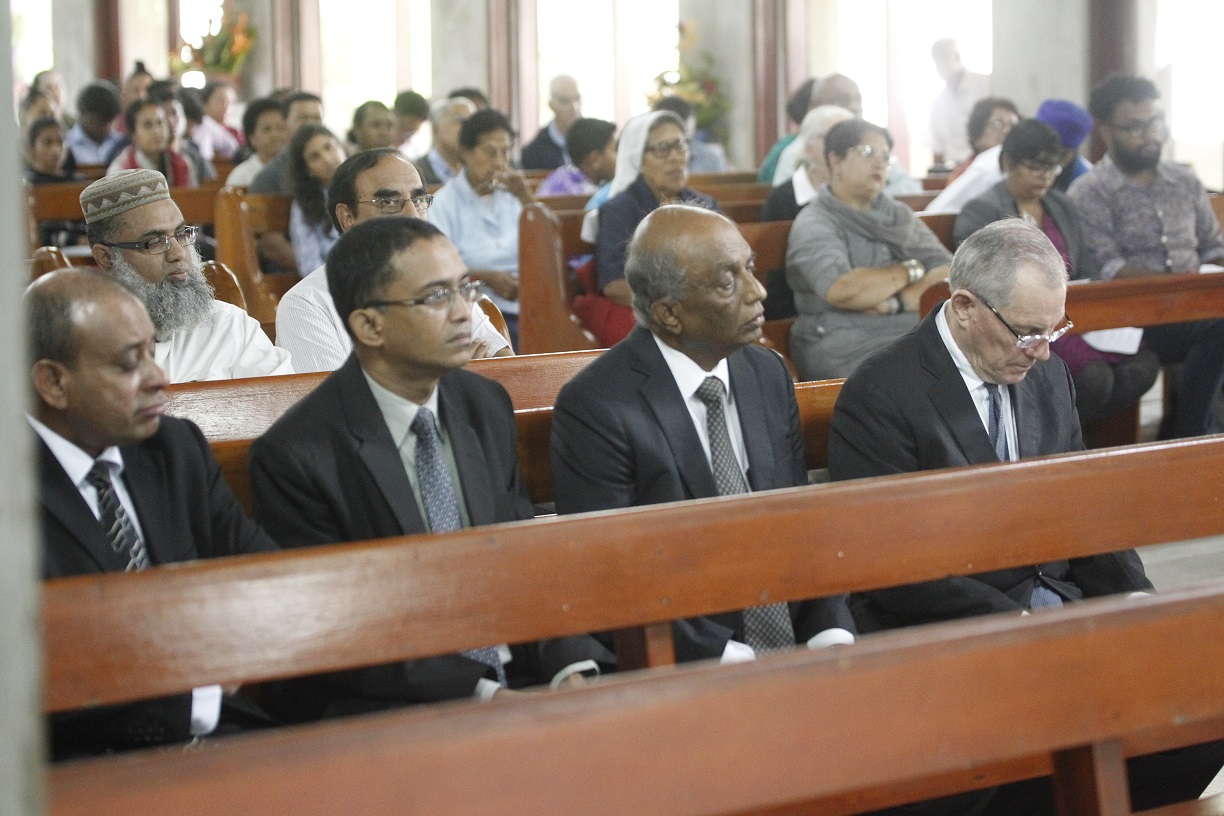 PEOPLE of all nations, irrespective of their religious background or ethnicity deserve to freely practice their faith.

These were the words of Maulana Abdul Aleem of the Fiji Muslim League at the Holy Trinity Anglican Church in Suva during the vigil to remember those whose lives were lost during the Sri Lanka bombing on Easter Sunday.

“The Fiji Muslim League and the Muslim community in Fiji express deep sorrow and offer our sympathy and prayers for the victims, their families and people of Sri Lanka after the senseless and tragic bombing causing death and injury to several hundred people in churches, hotels and other public areas over the weekend,” he said.

“We are deeply saddened over this horrific terror attack in Sri Lanka. “We strongly condemn this brutal act of violence. It’s unbelievable that over 300 innocent people were killed in a cold blooded manner for no reason at all.

“As Muslims, we have only recently seen our family members suffer a similar fate during the Christchurch Mosque shooting. We strongly condemn the actions of any one group purporting to hold the mandate to injure or cause death to people of any faith, attending or participating in an act of worship of their choice.”

Silk Gurudwara Prabandhak Committee head priest Preetam Sing Shokar said solidarity strengthens even the weakest of us all. “Let us be opportunistic and utilise this solidarity to encounter the evil elements in our society,” Mr Shokar said.

“We can only imagine how difficult it is for a soul and for a mind to witness and to endure the pains and sufferings involved in such attacks.

“Such tragedy continues to occur on a more repetitive scale and we deeply sympathise with those affected and offer further support if needed.”

Government officials, other religious leaders and Sri Lankan community members also shared their condolences with a few words during the service.