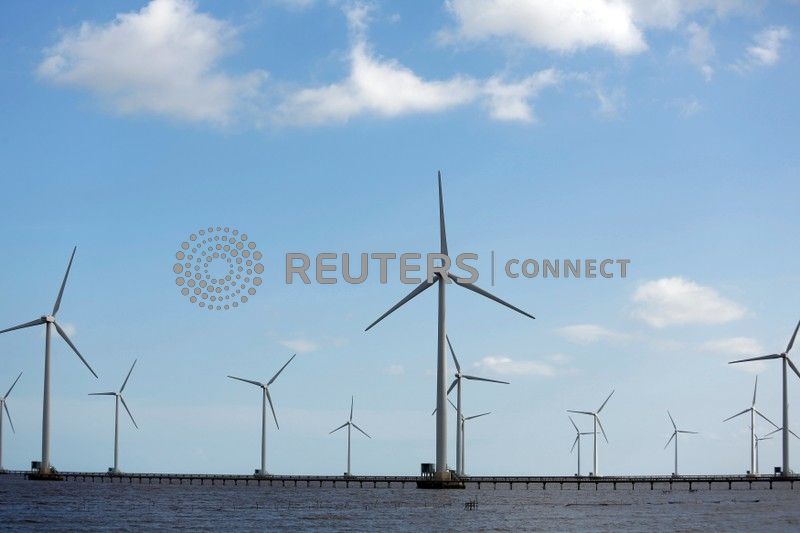 HANOI (Reuters) – Vietnam will need to invest up to $133.3 billion in new power plants and transmission networks over the next decade to meet the country’s rising demand, the government said on Monday.

Of the total, $96 billion is needed to build new power plants and $37.3 billion to expand its power grid, the government said in a statement on its website.

The investment will boost the country’s total installed power generation capacity to 138 gigawatts by 2030, the government said. Its current capacity is around 56 GW.

The Ministry of Industry and Trade is drafting a new master power development plan that it will submit to the government for approval next month.

According to the initial draft of the plan, Vietnam will raise the proportion of wind and solar energy and of LNG-to-power, while seeking to reduce coal-fired electricity.

Facing an imminent electricity shortage, Vietnam is becoming more and more reliant on imported energy to support its economic growth, one of the fastest in Asia, as hydropower has been almost fully tapped while oil and gas production has peaked. Plans to build nuclear power plants were scrapped in 2016.