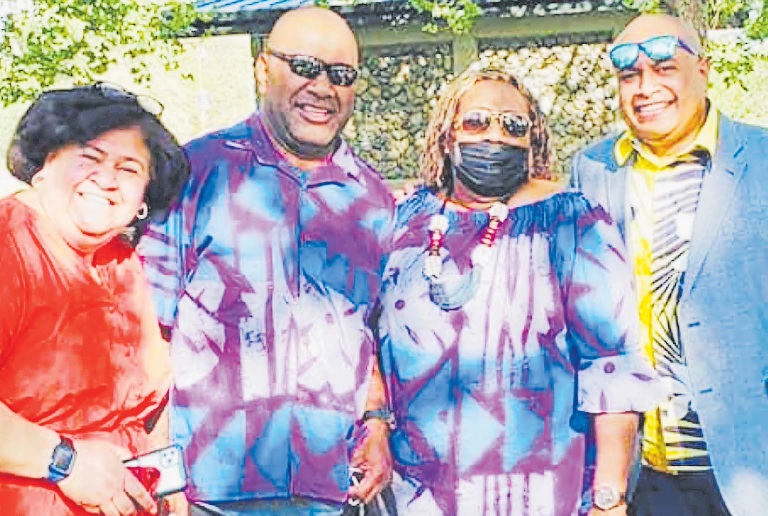 Former Flying Fijians and New Zealand All Blacks wing Joeli Vidiri, second from left, with his wife Lavenia Ratabua after their wedding in California, USA yesterday. The newly married couple are flanked by Mary and Sekope Tagilala at the wedding reception. Picture: SUPPLIED

FORMER Flying Fijians and All Blacks wing Joeli Vidiri yesterday scored the try of his life when he married his sweetheart Lavenia Ratabua in Sacramento, California yesterday.

The former Auckland Blues Super Rugby flyer flew into California on Thursday and tied the knot in front of a group of close family and friends.

A small reception was held in honour of the newly married couple and was attended by a few close family and friends in Sacramento.

Vidiri, who hails from Nadi, studied at Queen Victoria School and played for Fiji in both 15s and sevens before moving to New Zealand in 1994.

While he played for the Auckland Blues in the Super 12 competition he represented Counties Manukau in the NPC.

He only managed to play two Tests for New Zealand in 1998.

In 2000 Joeli created the record for most tries scored in one match scoring 4 against the Bulls, a record which has since been equalled but not yet broken.