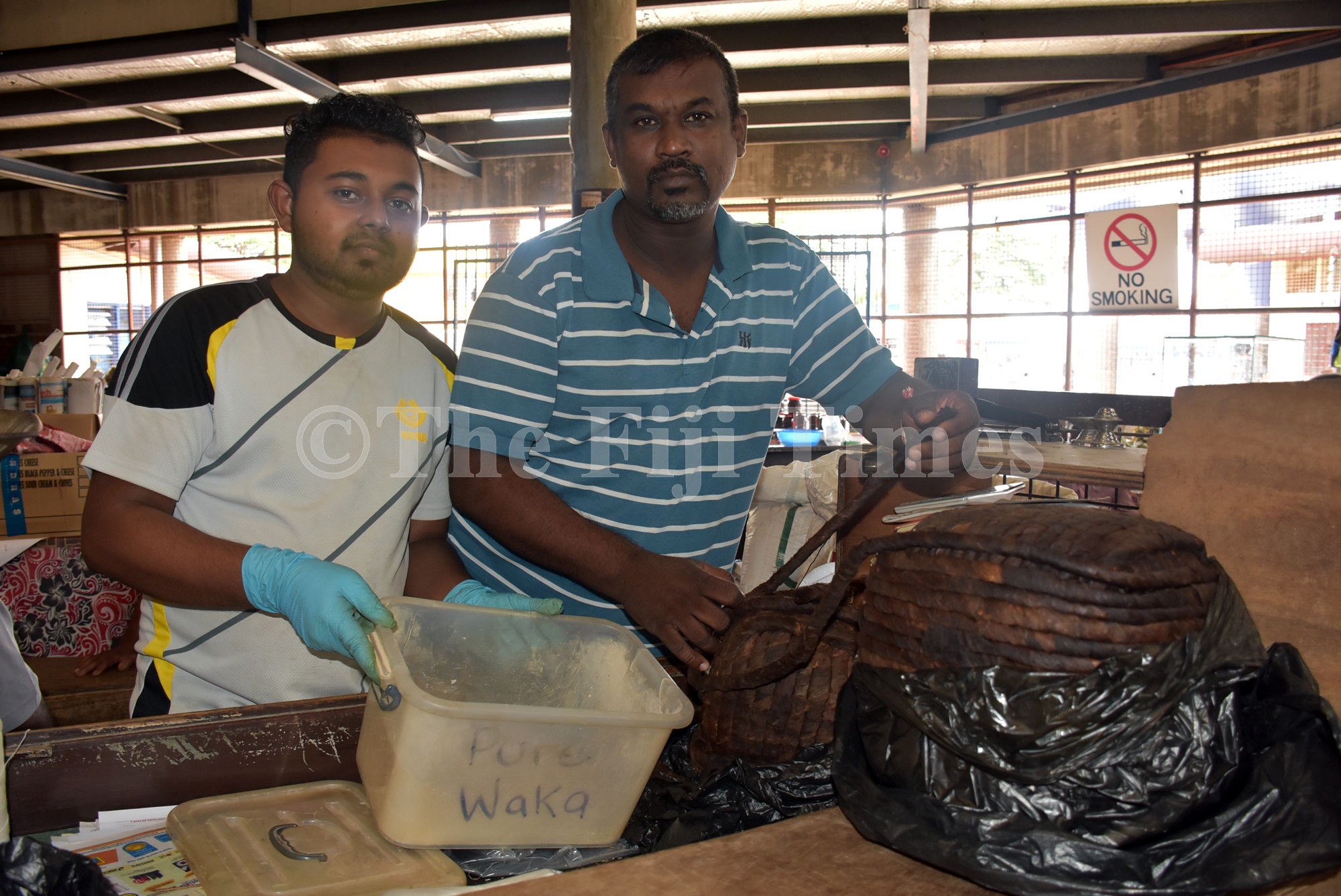 Jai Chand (right) with his nephew Ravnil Kumar sell local tobacco and pounded kava from their stall at the Lautoka market. They could not get their supply of yaqona due to the lockdown. Picture: REINAL CHAND

LAUTOKA market vendors claimed yesterday that the Agriculture Marketing Authority was selling root crops to them at prices higher than what they normally paid.

In response, Agriculture Marketing Authority (AMA) chief executive Setareki Tale said vendors could raise their grievances with the Ministry of Agriculture if they felt the price of goods traded to them was too expensive.

Frustrated vendors claimed a bag of dalo normally sold for $40 cost them $60 yesterday and they had to fork out $70 for a bag of cassava which usually cost $40.

Kelera Domona, who has been a vendor for the past 20 years, said she had never seen such expensive prices as that traded by the AMA.

She said the high prices was the talk of the market for the past 12 days of lockdown and despite their grievances, prices continued to soar daily.

“We are already suffering and the cost of goods traded to us by AMA is quite hard for us to bear,” Ms Domona said.

“The prices keep increasing daily and most of us cannot afford to buy everything we need to buy.”

Mr Tale said it was vital for vendors to note they were not the only ones involved in the trading of agricultural goods and there were suppliers as well within the Lautoka confined area.

“At the same time, we keep emphasising to all officers to keep prices at a minimum,” he said.

“It is important to note that we have very little control over these prices as there are suppliers within Lautoka that are also supplying to these vendors.”