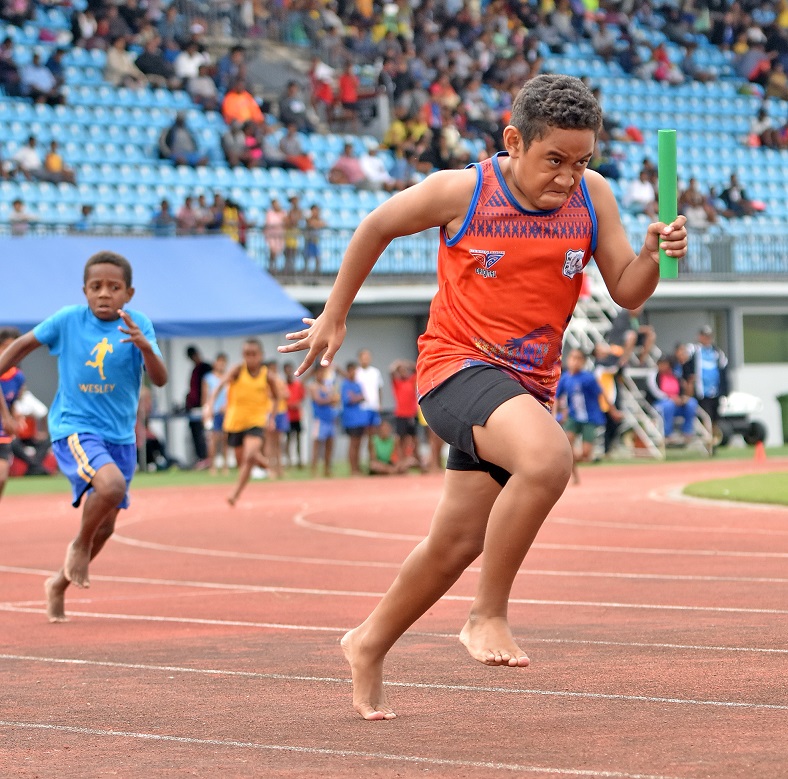 Setareki Tukana of Nehru during the 4x100 under 10 relay during the Suva Zone 2 athletics competition at the ANZ Stadium. Picture: RAMA

Team manageress Meredani Tukana said hard work and dedication from the parents and athletes enabled them to retain their title.

“The children worked hard despite the activities at school,” Tukana said.

“We know we have the potential and judging on their performance, it keeps improving from a level to another.

“The challenges that we faced were finding the right time to train. We had to train during lunch time and only for a limited time given to us.

“It will be a good run for the athletes because they will compete with athletes from other districts and also to groom them for the secondary school competition.”

She dedicated their win to the parents of athletes and a teacher, Teresia Ravonu, who died last year.

Meanwhile, primary schools are now gearing up for the national games.