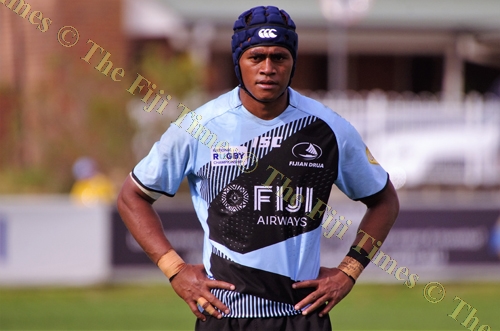 According to Iain Payten’s of RUGBY.com.au, in the first year of the NRC Rising Star award, which was created to recognise emerging players with fewer than three games in Super Rugby or for the Flying Fijians, Veitokani was nominated in round two.

Payten said the 25-year-old was awarded the maximum amount of 21 points – three points from each judge.

“The stats say it all about Veitokani’s insanely good NRC season. Indeed, he would be hard-done-by if “Freddy” wasn’t on the dais for best player in the NRC full-stop,” Payten said.

To put the last into context, he was almost 200m more than second place and almost 400m more than the top Aussie player Rod Davies.

He said a seven-man judging panel drawn from broadcaster FoxSports, RUGBY.com.au, Rugby Australia and fan site Green and Gold Rugby was asked to vote on a 3-2-1 basis and let’s just say Veitokani’s rivals could only shake their heads.