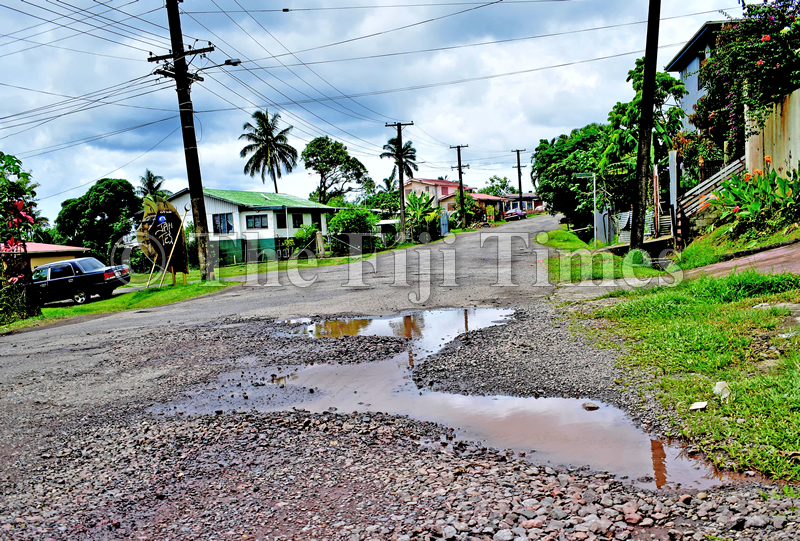 Cunningham resident Asinate Seninewa has had to change the tyres of her car more often now because of poor road conditions in the area.

She was among concerned residents this newspaper spoke to yesterday about poor road conditions in their residential suburb outside Suva.

She said she had to take her car to the garage more often to repair damage to her tyres caused by potholes.

“The potholes are getting deeper and there is no permanent fix to it. Whenever it rains, the potholes deepen,” she said.

“In recent years, because of the poor road conditions, we had to do a lot of maintenance for our car.

“Sometimes, soon after doing some repairs, we see other things getting damaged, particularly the tyres which get damaged and sometimes we change four tyres of the vehicle which is very expensive.”

Another resident Sanjeet Singh said he used his own resources to fix roads in the area.

He said the poor condition of Rokosawa Rd was a serious concern because his vehicle had been damaged trying to manoeuver around the potholes.

He said he would fill up the pot holes with bitumen to avoid further damage to his car.

“I used to get it and fill up the potholes, but now I cannot do it and whenever they put gravel on the road, the stones sometimes damages our windscreen,” he said.

“I have been living here for the past six years and the road condition has remained like this since I moved here.”