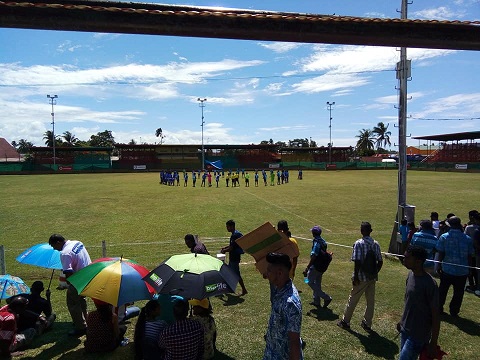 THE Hari’s Fairprice Supermarket Vatudova Sanatan football team has attested to hard work as the reason the side retained the 2019 Labasa Sanatan Tournament title last weekend at Subrail Park in Labasa.

“Savusavu had a better team but it took our experience and hard work that helped us win the final match,” said coach and player Salesh Mani.

“We are really happy with the win because all our players come from the same village and area.

“And it’s only right we dedicate the win to all our supporters and well-wishers who stuck with us.”

The Vatudova side was boosted with their own homegrown talents including former Labasa player Kushal Naicker, and current Nasinu district player Dinesh Mudaliar.

“We also thank the team officials Painappa Naicker, Rahul Anand and Satish Chand for giving us the motivation we needed,” coach Mani said.