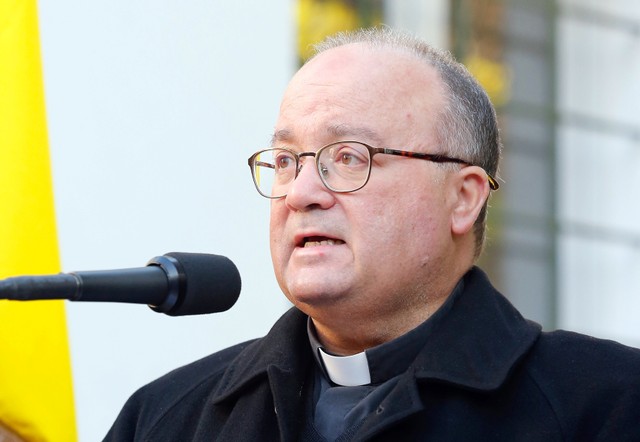 SANTIAGO (Reuters) – The Vatican’s top sex abuse investigators arrived in Chile on Tuesday saying they had orders from Pope Francis to ensure the Roman Catholic Church responds to “every case of sexual abuse of minors committed by clergymen” in the South American nation.

New abuse accusations have emerged in recent weeks against the Church in Chile, including allegations against the pope’s own Jesuit order. They follow the resignation of three bishops after an abuse and cover-up scandal that has damaged the Church’s reputation in the country.

“We are seeking to provide concrete technical and legal advice … so that [the Church] can give a proper response to each case of sexual abuse,” Archbishop Charles Scicluna of Malta said at a news conference in Santiago.

The Church said it would name a delegate next Monday to be stationed in Santiago and receive accusations of abuse, part of a new effort to help victims seek quick justice on still-open cases, some of which go back decades.

Scicluna and Father Jordi Bertomeu, a Spanish official from the Vatican, also encouraged victims to report their allegations directly to the police.

The scandal came to a head when the Argentine pontiff visited Chile in January. He first dispatched Scicluna and Bertomeu to investigate accusations of abuse in February, when they conducted 64 interviews.

Several people who claim to have been abused by members of the Jesuit and Marist religious communities in Chile told Reuters they have requested time with Scicluna and Bertomeu during their latest week-long “reparation and reconciliation” mission in the country.

One of the most recent accusers to step forward, Helmut Kramer, a 48-year-old engineer from Santiago, told Reuters on Monday that at the age of 13 he was forced to strip and was fondled by Father Leonel Ibacache, a Jesuit, in meetings held under the pretext of preparing him for baptism and enrolment in the Jesuit school in the northern city of Antofagasta in 1983.

Kramer said in an interview that he told a senior Church official about the abuse several years later, but nothing was done. That official, too, was later accused of sexual abuse by young Catholics and was removed from his post in 2013. Ibacache, who also taught in the city of Puerto Montt, was later transferred without public explanation to a school in Santiago.

“I kept quiet all those years. I thought I was the only one in the world who had ever suffered that,” Kramer said. “I hope that at least the pope feels ashamed that it happened in his own order.”

The Chilean Jesuit order confirmed that it had received several complaints about Ibacache, now in his 90s and retired, and said it had appointed an independent lay lawyer to investigate and appealed to victims to come forward.

“Our commitment is to investigate in depth, objectively and with rigor … to reach the truth and advance in the way of reparation,” the order said in a statement last week.

Jesuit spokesman Felipe Contreras in Santiago said on Monday that Ibacache did not wish to comment. Reuters could not independently reach him.

The cases that have drawn the most attention to date involved Father Fernando Karadima, whom a Vatican investigation found guilty in 2011 of abusing teenage boys in Santiago over many years.

The pope on Monday accepted the resignations of three of Chile’s 34 bishops who were summoned to Rome last month, including Osorno’s Juan Barros, who is accused of masking abuses by Karadima. Scicluna and Bertomeu are due to travel to Osorno, in Chile’s south.

Barros has denied covering up abuse but on Monday apologised for his “limitations” in handling the scandal.

During a visit to Santiago last week, Luis Gutierrez, the Marist Brothers’ global second-in-command, said he was committed to delivering abusers into the hands of civil authorities.

“It is a tragedy that a mission founded on the honourable objective of offering education should in some cases have caused such harm, pain and suffering,” he told reporters.

Father Enrique Opazo, a priest based in the seaside resort of Vina del Mar who has been critical of how the Church handled the crisis in Chile, said it was time for “wholesale” change.

“Three is not enough. We need at least 15 or 20 new faces among the bishops,” Opazo said in an interview this week.