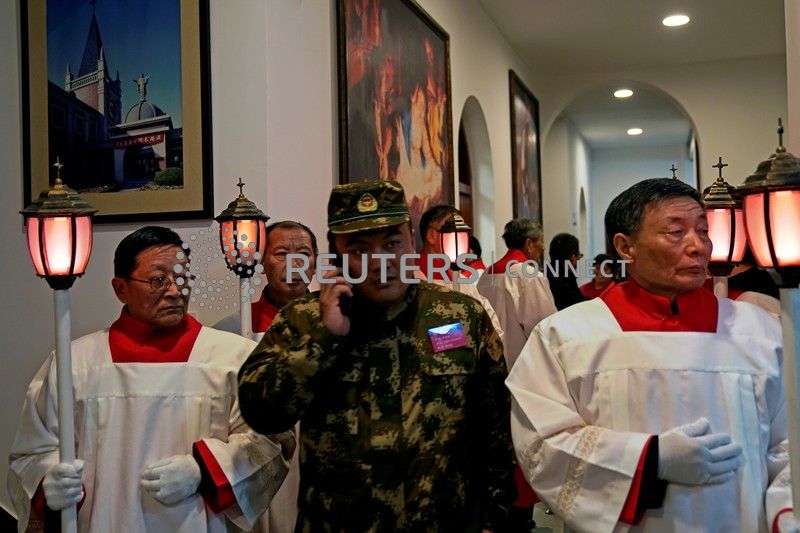 The request, contained in Vatican guidelines to clergy in mainland China, was the latest hiccup in relations between the Holy See and Beijing since the two sides signed a historic and disputed pact on the naming of bishops last September.

Under Chinese law, priests and bishops must register with the state. They also must sign a form accepting the principle of independence, autonomy and self-administration of the Church in China.

Some have refused, fearing that it could jeopardise their fidelity to the pope as their religious leader and the independence of the local Church on doctrinal matters.

Catholics in China are emerging from more than half a century of division which saw them split between a state-backed “official” Church and a “non-official” underground Church that remained loyal to Rome.

Some divisions have begun to dissipate slowly since the September agreement, which gives the pope final say in the appointment of bishops. But the registration process has caused difficulties for those emerging from the non-official Church.

In the guidelines, the Vatican called for a registration procedure “that is more respectful of Catholic doctrine, and thus of the consciences of those involved”.

It added: “The Holy See asks that no intimidatory pressures be applied to the ‘non official’ Catholic communities, as, unfortunately, has already happened.”

The guidelines, requested by some Chinese bishops, said clergy should demand to include a sentence affirming that Catholic doctrine would be respected.

If authorities do not permit that, the priest or bishop, before signing, should take a stand orally before a government authority, preferably with a witness present.

September’s landmark deal between the Vatican and China has split Catholics there and around the world, with some critics of the pope saying he has caved in to the Communist government.

The deal’s most outspoken critic has been Cardinal Joseph Zen, the former archbishop of Hong Kong.

China’s constitution guarantees religious freedom, but since President Xi Jinping took office six years ago, the government has tightened restrictions on religions seen as a challenge to

the authority of the ruling Communist Party.

China has been following a policy it calls the “Sinicisation” of religion, trying to root out foreign influences and enforce obedience to the Communist Party.