Vanuatu President calls for Mobile Force to be separate from police 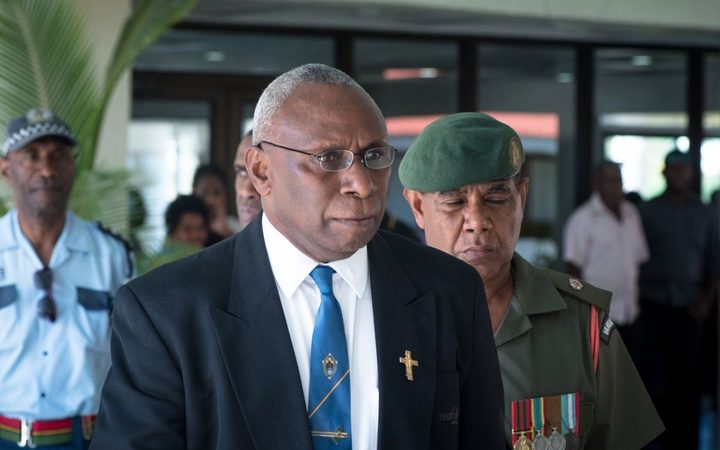 President Tallis made the statement in his keynote address during the official opening of the First Ordinary Session of Parliament.

“I am making this urgent appeal to the Prime Minister and the Government to quickly address the number of the Police Force and VMF through the amendment of the Police Force Act to strengthen the capacity of security, so as to maintain law and order in this nation at all times.

“Speaker, I have to come out clear on this issue, particularly in the separation of the two Forces.

“There is need for the VMF to become a full military contingent of the Republic of Vanuatu.”

Four years ago, a study by a Special Task Force set up by the Government under its 100 Day Plan to separate the VMF from the Vanuatu Police General Duty was undertaken.

At the time, then Police Commissioner Arthur Caulton, said deep consideration must be given to several factors.

In particular, Caulton said the government must set up a National Security Council under a ‘White Paper Policy’ to ensure clear and distinct roles of the two Forces.

Meanwhile, on the issue of stability and judiciary, the Head of State said the Justice System in Vanuatu is solid and effective to ensure that everyone receives fair justice.

He added it is the duty of the Government to always ensure there is always independent judicial requirements and in accordance with the national constitution of the Republic of Vanuatu.

“Once again, i wish to remind the government of the need to have a Hall of Justice for the people and the country,” the Head of State said.