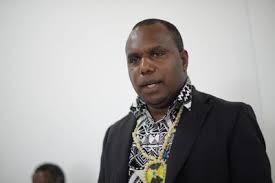 PORT VILA, 29 JANUARY 2019 (VANUATU DAILY POST) – The United Nations is waiting on Vanuatu to submit a report before it can allow officers in the Vanuatu Police Force (VPF) to participate in UN Peacekeeping missions again.

A few years ago, some VPF officers were implicated while serving in the Peacekeeping Mission.

The UN wants the Government to deal with these officers before Vanuatu can resume engagement in Peacekeeping Missions.

Confirming that investigations into the officers concerned have been completed, Minister for Police, Andrew Napuat told Daily Post the report will include the complete investigation results and disciplinary measures taken against the concerned officers.

Napuat said the report should be compiled and submitted to the Police Service Commission in February.

It is anticipated that the report will reach the UN within the first quarter of this year.