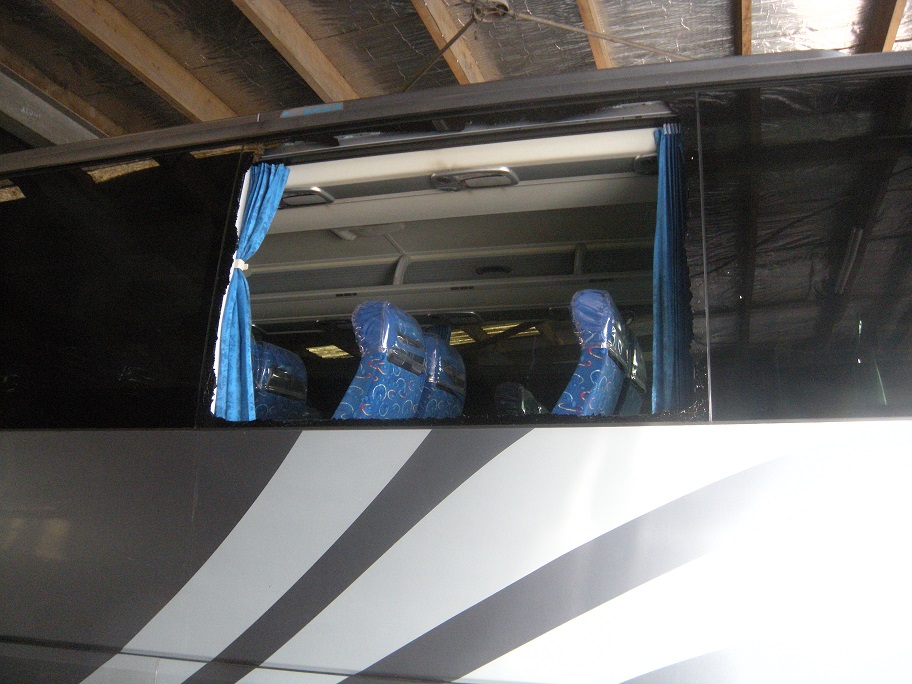 The Pacific Transport bus that was vandalised. Picture: SUPPLIED

PACIFIC Transport Company Ltd is calling on vandals to refrain from throwing stones or projectiles at its vehicles because of the potentially fatal risk it could pose to passenger and vehicle safety.

General manager finance and operations Nitesh Chand issued a statement this week after vandals threw stones at one of its Lautoka-bound buses on Wednesday near the turnoff to Shangri-La’s Fijian Resort and Spa in Cuvu, Sigatoka.

“The incident happened at about 3pm, the bus had close to 50 passengers and while the stones smashed a passenger window, no one was hurt,” Mr Chand said.

“This is the third incident for 2019 and 14th in the space of three years.

“It has cost us $27,000 in repairs, but we are more concerned about the risk to passengers and other vehicles travelling on the road.

“This dangerous practice of stone throwing could result in major injury or multiple fatality if our drivers are hit in the process.”

Mr Chand said the matter was reported at the Cuvu Police Post.

He said Pacific Transport Ltd was awaiting the outcome of investigations into the issue.

“The matter is under investigation,” she said.