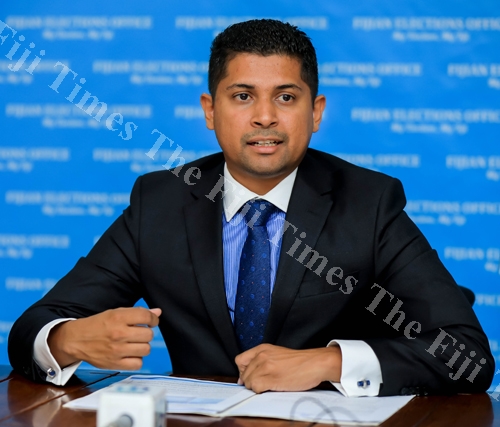 SUPERVISOR of Elections Mohammed Saneem says those involved in the act of vandalising election advertising will not be tolerated. Mr Saneem says such activity is a criminal offence.

The warning follows the vandalising of the FijiFirst party billboard near Vugalei Bridge in Lami this week.

“Such behaviour will not be tolerated. It is important for everybody to uphold the principles of a free and fair election,” Mr Saneem said. People, he said, should participate in the election as a fair game and not resolve to such degrading techniques.

“The FEO urges participants of 2018 General Election to keep the general election campaign practices clean as well as endure for free and fair election.

He said voting was not compulsory, however, they had encouraged Fijians to vote and be part of the nation’s democratic process.

“People who are not registered will not be able to vote in the 2018 General Election. The voter services centres will begin replacing voter cards from 11 October, 2018,” Mr Saneem said.

He said political party candidate nominations would close on October 15. The elections will be held on November 14.