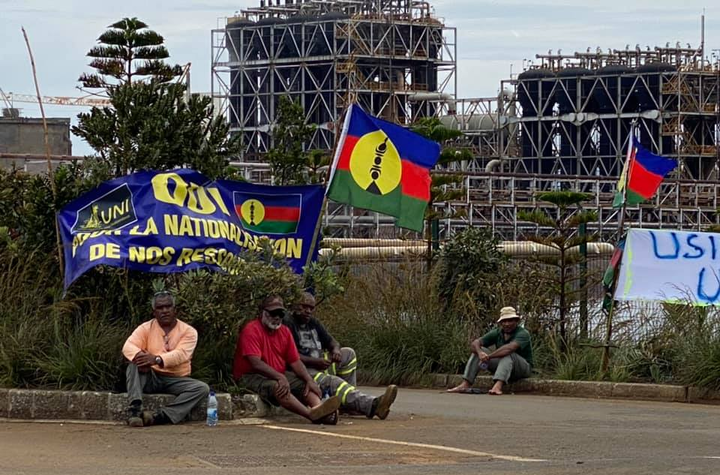 New Caledonia’s anti-independence camp has condemned the road block set up by Kanaks near the Vale nickel plant at Goro, which is for sale.

Kanak groups took the action after Vale announced that it had entered into a four-week exclusive negotiation phase with a new consortium.

The head of the Vale operation in New Caledonia, Antonin Beurrier, said a new entity, called Prony Resources, was set to acquire the assets in a deal worth $US1.2 billion, which has the support of the French government.

However, several indigenous Kanak leaders insist that talks be held with Sofinor of the Northern province for it and its partner Korea Zinc to be given the option to buy the plant.

The anti-independence Loyalists group, which was formed to fight last month’s independence referendum, said death threats have been made against Mr Beurrier.

It also wondered how the pro-independence FLNKS would respond if access was blocked to the Koniambo nickel smelter in the mainly Kanak Northern province.

It also asked how the FLNKS would respond if anti-independence militants issued death threats against the head of Koniambo.

In the Prony Resources consortium, 50 percent is proposed to be held by New Caledonian stakeholders, made up of provincial interest, Vale employees and civil society groups.

25 percent is earmarked for a Swiss commodity trader, Trafigura, while the remaining 25 percent would be held by a range of investors.

In September, Vale’s planned sale to New Century Resources of Australia failed and the company said it would close the plant if no buyer was found by the end of October.

The nickel sector, with its 35 mines and three processing plants, accounts for about 20 percent of the jobs in New Caledonia.

New Caledonia is the fourth biggest nickel ore producer in the world and the seventh largest nickel producer.