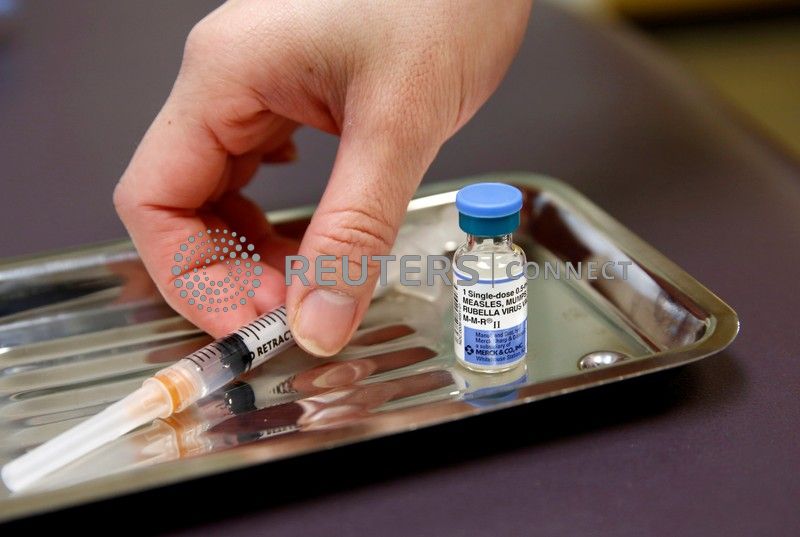 APIA, 16 OCTOBER 2019 (SAMOA OBSERVER) – With at least 15 cases of people “highly suspected” to have measles, vaccine expert Dr. Helen Petousis-Harris said people in Samoa must act quickly to get immunised, and those who have been exposed to the disease must be placed in quarantine.

Dr Petousis-Harris, who is also a senior lecturer at the University of Auckland said with desperately low immunisation rates, Samoa is at high risk of the disease spreading rapidly.

The Samoa Observer revealed on Monday that a one-year-old boy who had been one of 16 patients in a pediatric isolation ward for patients “highly suspected” of having measles had died on Sunday afternoon.

The Health Ministry has said it will await the confirmation of blood tests to determine whether the deceased boy or others in the isolation unit had measles; authorities say the tests will take three weeks.

Without large immunity, a single case of measles can affect a further 12 to 18 people within weeks, Dr Petousis-Harris said.

“Measles is the most infectious disease known to man,” Dr Petousis-Harris said.

“So assuming it’s in the community, the only way to control it is to increase immunity among the people and that is through the vaccine, quickly.”

Just 31 per cent of Samoan children are vaccinated against measles, according to government data compiled by the World Health Organisation (WHO).

In 2013, Samoa reached a nearly ideal rate of measles vaccination of the first dose, hitting 90 per cent coverage after a steady climb since 2007. But the rates have been dropping ever since, for both the first and second dose of the vaccine (two doses are needed to ensure immunity).

Data on coverage of the second dose of measles, typically recommended for children aged four to six, shows a lower coverage rate.

In September, Dr Petousis Harris warned an outbreak of measles in Samoa is “inevitable.”

Upon learning that the Ministry of Health had quarantined at least 16 people and sent blood tests to Australia for confirmation of measles, the vaccinologist said that possibility has been a “real concern” for some time.

“I am really sorry to hear this has happened,” she said.

“It’s definitely an outbreak. Even one case where there is no disease can constitute an outbreak.”

Last week, MOH Director General Leauasa Dr. Take Naseri told media that 38 samples of suspected measles have been dispatched to Melbourne for testing, and that there was just one “likely to be positive” case of measles.

But Dr Petousis-Harris believes that should only be around four days, with the test itself taking mere hours in the laboratory.

“The time will be in transport and queuing at the lab… for something like [this] their samples would be rushed,” Dr. Petousis-Harris said.

The Director General did not return calls on Monday or Tuesday seeking comments on the three week waiting period or the number of highly suspicious cases in the national hospital.

The Ministry of Health continues to urge families to vaccinate their children, and themselves against measles, which is one of the most infectious diseases.

In a bid to boost recently flagging levels of Measles, Mumps and Rubella vaccination rates in Samoa the hospital has recently established pop-up vaccination clinics. Young children but unvaccinated adults of less than 50 years of age are also being encouraged to attend.

Measles can be transmitted through the air. Contagious particles of the virus can remain in the air for hours after an infected person leaves an area. Symptoms typically begin eight to 10 days after initial exposure to the virus, and then develop in stages, causing visible symptoms.