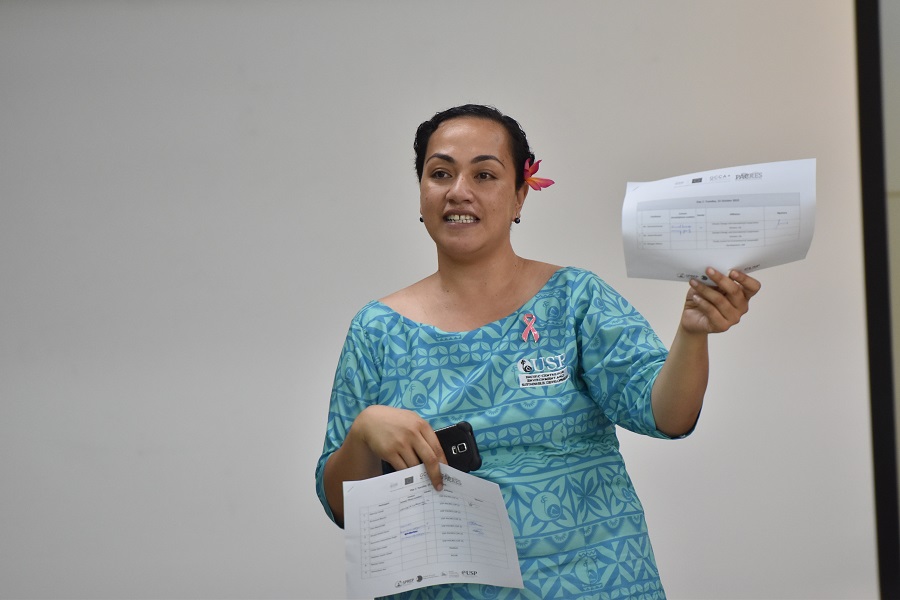 PARTICIPANTS at the University of the South Pacific Pre-Cop training in Statham campus in Vatuwaqa, Suva today observed a minute of silence to commemorate lives lost in the recent Typhoon Hagibis that hammered Japan two days ago.

According to international media reports, the storm has claimed at least 42 lives and injured more than 190.

“I would like to take this moment to ask everyone to please stand up – let us all observe a minute’s silence as a mark of respect to those who died in the latest national disaster in Japan,” she said.

“Two days ago, Typhoon Hagibis (typhoon hegarbis) cause widespread damage across Japan- particularly in the Kanto region. Our thoughts and prayers are with Japan.

She said the low lying atolls are not spared by king tides and rising sea water.