USP Council to investigate claims of abuse of office 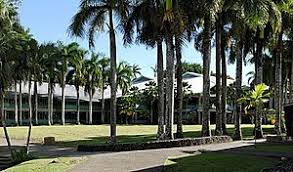 PORT VILA, 20 MAY 2019 (WANSOLWARA) – A separate independent investigation will be conducted into allegations of abuse of office at The University of the South Pacific after the issue was discussed by the institution’s highest decision-making body at its 88th meeting in Port Vila last week.

In a statement, the USP Council said the recent allegations levelled against some senior management and former vice-chancellor Professor Rajesh Chandra had been the subject of media and public speculation.

“The Council expressed support for the investigation currently being undertaken by the Fiji Independent Commission Against Corruption (FICAC),” the Council said.

“Reflecting the regional nature of the University, the Council unanimously resolved that a separate independent investigation will also be conducted on its behalf.”

It is understood further updates will be provided by the Council to the University community in due course.

“The University remains committed to its vision of achieving excellence and innovation for the sustainable development of Pacific Island countries and its people,” the Council said, indicating in the statement that the contact person on the issue would be USP’s deputy pro-chancellor and deputy chair of council, Aloma Johansson.

“These decisions in a large part meet the expectations of staff gathered on the rara in front of the Laucala Campus Library,” he told Wansolwara.

“Their call for an independent commission of inquiry regarding the issues raised in the leaked Executive Committee report has been answered.

“The other resolutions can be considered by the commission and/or taken up by Vice-Chancellor and President. This, for instance, applies to the reinstatement and filling of the Registrar’s position as a matter of urgency.”

Prof Naidu said staff were looking forward to the appointment of the commission, its terms of reference, its investigations and findings as well as very importantly embedding good governance procedures and processes.

During the staff rally and talanoa on good governance at Laucala campus on Thursday last week, senior staff members including Prof Naidu, Elizabeth Reade-Fong, Dr Morgan Tuimaleali’ifano and Dr Eberhard Weber voiced strong concerns about the allegations of mismanagement and questionable decisions made by the former vice-chancellor and elements of the senior management team (SMT) that appeared to breach university policy, rules and procedures.

“According to the allegations, contracts had been speedily extended, emoluments significantly increased, additional allowances allocated, back dated back pay fast tracked, and staff development leave approval contrary to the university’s processes and procedures. In total large sums of money were paid out,” they said on behalf of members of the Association of The University of the South Pacific Staff and the USP Staff Union.

Early this week, USP’s pro-chancellor and chairman of the Council, Winston Thompson, issued a strong statement condemning the publication of the “unsubstantiated allegations” against many individuals including himself.

“Quite clearly, a gross injustice has been done to the named individuals who have worked assiduously and who do not deserve to be treated in this way,” he had said.

More than 140 staff from all sections of the university, including the three USP unions representing hourly paid staff, support staff, professional and academic staff gathered at the rally.

Students also attended and a representative of the student body also spoke on their behalf about the serious allegations.