USP Council to appoint a commission 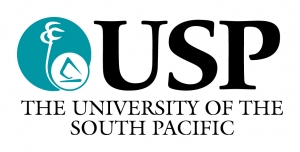 THE Council of the University of the South Pacific will appoint a commission to implement the findings and recommendations of a report by BDO Auckland.

In a statement released recently, the Council said it had requested BDO Auckland to undertake an investigation into a paper authored by USP Vice-Chancellor and President, Professor Pal Ahluwalia titled ‘Issues, Concerns and Breaches of Past Management and Financial Decisions’.

“The report from BDO Auckland resulted in a range of findings and recommendations that will need to be addressed to ensure the sound operation of the university,” the USP Council statement said.

The Council said the commission would be overseen and report regularly to a Committee of Council comprised of the Prime Minister of Cook Islands Henry Puna, Deputy Prime Minister of Samoa Fiame Naomi Mata’afa who would also serve as chairperson and the Attorney-General of Fiji Aiyaz Sayed-Khaiyum.

The Council said the commission would develop an action plan, which would be made publicly available to be implemented over the coming year.

The Council could choose to extend the term of the Commission should it be necessary.

A summary of the BDO Auckland Report will be made publicly available in due course.