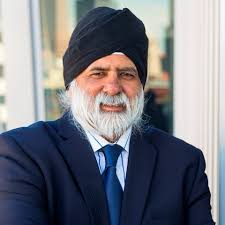 The executive governing body of the University of the South Pacific Council says it has not dismissed Professor Pal Ahluwalia.

And a statement from the USP Council, which constitutes representatives from 12 member countries, expressed disappointment at his deportation on Thursday after he was forcefully removed from his home.

Following a meeting yesterday, the council said Dr Giulio Masasso Tu’ikolongahau Paunga would act as vice-chancellor and president of USP.

“The council of the University of the South Pacific at its special meeting held today (yesterday), that the council was not consulted over Prof Ahluwalia’s deportation,” the statement said.

“That it has not made a decision to dismiss him and expressed disappointment that it was not advised, as Prof Ahluwalia’s employer, of the decision to deport him.

“The council has established a sub-committee, chaired by the President of Nauru including the council representatives of Australia, Tonga, Niue, Solomon Islands, Samoa and two senate representatives to look into this matter.

“The sub-committee will bring recommendations on these matters to council.”

Meanwhile, Prof Ahluwalia said he understood he could no longer be vice-chancellor given that his work permit in Fiji was revoked.

When asked if he was disappointed at being shut out of the council meeting and the events that had transpired thus far, Prof Ahluwalia said he was not.

“I’m not disappointed, I will accept whatever decision council makes,” he said.

“If you recall, I was suspended in July last year and council reversed that decision.

“So, I believe that whatever council does, they will do the right thing.”

Prof Ahluwalia also said if things worked out in his favour, he would gladly return to Fiji, but only under certain conditions.

“I don’t think I will be given the opportunity to return to Fiji, but if I am, by the grace of God, given the right circumstances and given the guarantee that I will be allowed to run the university without interference, I would love to do so.”

When The Fiji Times spoke to him, Prof Ahluwalia was awaiting the release of a press statement by the USP Council.

(This story was also contributed by Felix Chaudhary)